In 16 people returning from South Africa, Russia has discovered the Omicron variant 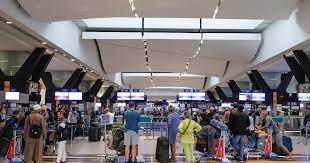 MOSCOW: On Monday, Russia’s Deputy Prime Minister Tatiana Golikova told the Interfax news agency that the novel Omicron coronavirus variety had been discovered in 16 persons who had returned from South Africa.

Russia reported its first two Omicron cases on December 6. It was not immediately clear if the 16 cases announced on Monday included the two reported earlier this month.

Interfax reported on December 6 that ten people who returned from South Africa tested positive with COVID-19, citing consumer health authority Rospotrebnadzor. Omicron had been found in two arrivals from South Africa, according to the RIA.

President Vladimir Putin had directed the government to develop an action plan to combat Omicron, stating that it was critical to maintain medicine, oxygen, and hospital bed supply.