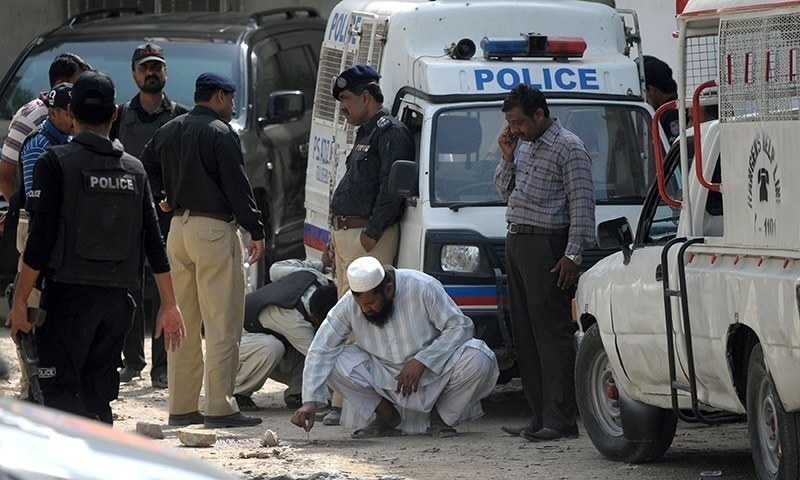 A 14-year-old Karachi youngster was killed in an alleged encounter. His relatives started protests.

The incident happened in Karachi’s Orangi-5 area where Arsalan Mehsud was shot dead by police while his friend sustained bullet wounds.

After the incident, Mehsud’s relatives arrived at the Abbasi Shaheed Hospital and staged a sit-in protest and demanded justice for the boy. Mehsud’s relatives did not admit the police’s version, saying that he was a student and was not guilty of any wrongdoing.

“No firearm was recovered from Arsalan. Police killed him in a fake encounter,” members of the bereaved family stated.

Police had earlier claimed that they had tried to stop two men on a motorcycle at a picket. The two men, in response, opened fire instead of stopping, claimed police.

Police said one of the suspects died while his friend managed to escape.

However, DIG West Nasif Aftab rejected the statement of the police officer who had shot at the boy, saying that the suspicious encounter did not take place at the picket. Rather, he said it took place at a distance from it.

According to the DIG West, the on-duty police personnel who fired at the youngsters was in plainclothes, not in his uniform. The police officer involved in the incident has been taken into custody, he disclosed.

A three-member inquiry committee comprising SSP Central, SSP Investigation Central and SP Gulberg has been formed to investigate the incident. SHO Orangi has been suspended over the incident.

The committee will present its report after 24 hours after which immediate action will be taken based on its findings, said the DIG West.

Leader of the Opposition in Sindh Assembly Haleem Adil Sheikh arrived on the spot after hearing about the incident.

According to a report, the deceased was the son of a local transporter.