The National Assembly’s Standing Committee on Kashmir Affairs and Gilgit-Baltistan Thursday expressed concern over undue cutting of trees in Azad Jammu and Kashmir (AJK) and summoned secretary, forests department, government of AJK in the next meeting.

The committee met in Parliament House with Rana Shamim Ahmed Khan in the chair, and viewed that the AJK forest department was required to make fool proof arrangements for safeguarding the forests but unfortunately the position was entirely different as the concerned authorities were seemed to be failed in preventing undue cutting of trees by the inhabitants on account of fire purpose leading to conversion of green hills into barren lands.

Regarding the project titled “Construction of Rathoa-Haryam Bridge”, the committee was informed by the Ministry that about 75% physical progress of the said project has been completed while the remaining 25% work was lying in waiting due to an unwanted tug of war amongst different stakeholders.

A Fact-Finding Inquiry, appointed by the Government of AJK on the direction of Ministry of Kashmir Affairs and Gilgit Baltistan, had submitted its report and all those held responsible will be taken to task.

The committee directed the ministry to provide to it a copy of the fact-finding inquiry report along-with implementation status of actions taken thereof on the recommendations of the said Fact-Finding Inquiry besides the road-map for completion of the said project in the next meeting.The committee also decided to visit AJK in order to oversee the on-ground physical progress of the ongoing development projects. 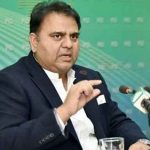