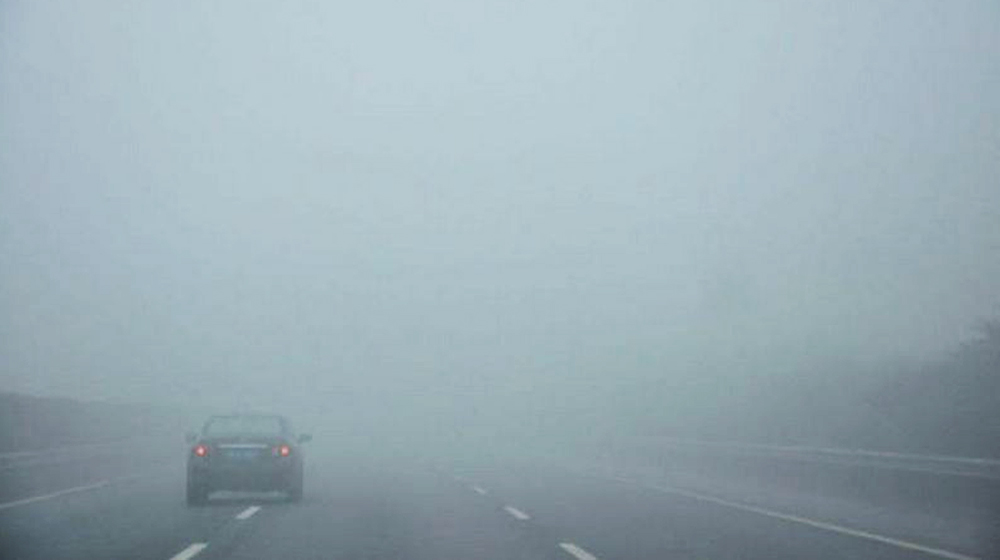 On Thursday, smog has washed out the plains of Punjab causing zero visibility at some sections of the motorway.

In Punjab, the smog has made visibility problems for people due to which the M-IV motorway has been closed from Faisalabad Interchange for 20 kilometers.

A spokesperson of the motorway police has advised drivers to take caution, avoid unnecessary travel and use fog lights in vehicles during travel.

However, the smog has also restricted visibility to zero at Multan, Khanewal and Abdul Hakeem sections of the motorway.

In southern Punjab, the smog has engulfed Layyah for the second morning today, as severe foggy conditions and visibility problems were reported at Chowk Azam, Fatehpur, Kot Sultan and Karor areas.

After smog disturbing life in Lahore it has made it difficult to travel in plains owing to visibility issues, which also causes several mishaps during a road journey.

As the air quality index (AQI) in the city was recorded at 290 early Thursday morning, thus making the city of gardens the most polluted city in the world.

It is pertinent to mention here that brief exposure to smog causes a variety of ailments from minor pains to deadly pulmonary pneumonia and asthma diseases.