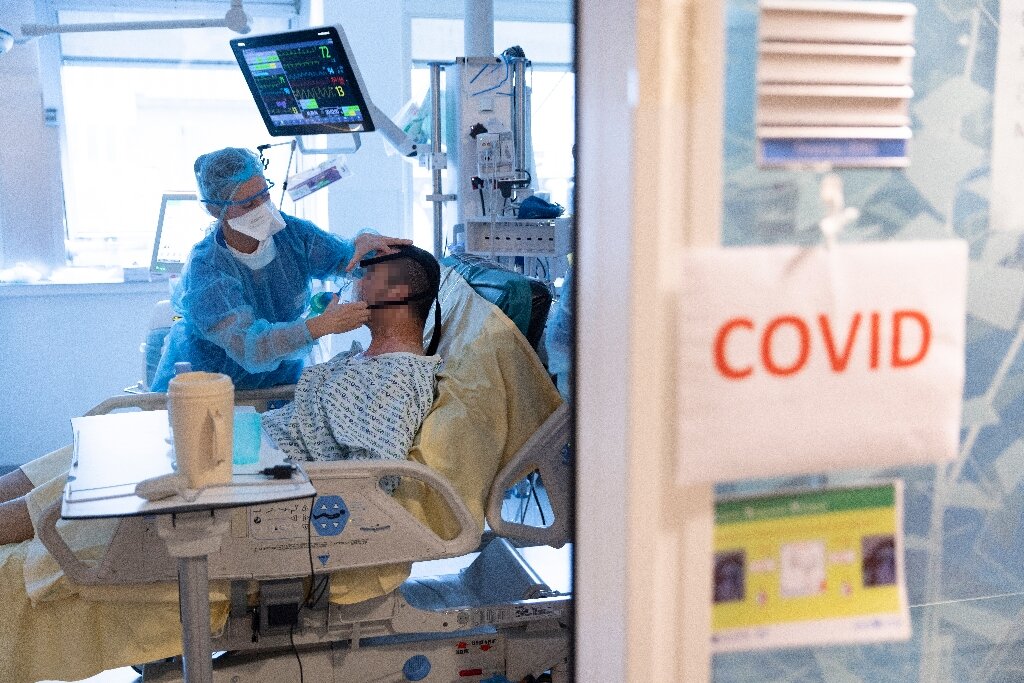 The United States has announced its first confirmed case of the Covid-19 Omicron variant had been detected in California, in a fully vaccinated traveler who had recently returned from South Africa and was recovering from mild symptoms.

Top health official Anthony Fauci said authorities “knew it was just a matter of time” before the strain was found in the country, reminding Americans that vaccination, boosters and masking in indoor public settings remained the best way to stay protected.

According to a statement by the Centers for Disease Control and Prevention (CDC), the person returned from South Africa on November 22, and their close contacts have all tested negative.

Speaking to reporters, Fauci added that the patient tested positive on November 29 and that they had not received a booster, to the best of his knowledge.

Some early press reports regarding the Omicron variant have suggested it might confer more mild illness, but Fauci cautioned reading too much into these until more hard data was available.

“We feel good that this patient not only had mild symptoms but actually the symptoms appear to be improving,” he said.

“But as we said, there’s a lot of information that is now evolving out of countries like South Africa that have a much larger number of individuals” with the variant, he added.

Such data should follow in the coming weeks and months.

While the person involved was fully vaccinated, Fauci stressed a Covid booster remained a good idea because it raises the number of overall antibodies in a person’s immune system, some of which will remain effective at stopping new variants.

“Our experience with variants such as the Delta variant is that even though the vaccine isn’t specifically targeted to the Delta variant when you get a high enough level of an immune response, you get spillover protection,” he said.

Fauci also defended the travel ban the US had placed on southern African countries, which UN Chief Antonio Guterres has slammed as “unfair” and “ineffective.”

“We needed to buy some time to be able to prepare, understand what’s going on,” he said.

“We wanted to make sure that we didn’t all of a sudden say it’s like anything else, don’t worry about it, and then all of a sudden, something unfolds in front of you that you’re really not prepared for. So we look at this as a temporary measure.”

To prepare for Omicron, the US is planning tougher testing and weighing quarantine requirements for international travelers arriving in the country, including taking a Covid-19 test one day prior to departure, the CDC said Wednesday.

WHO warns of ‘toxic mix’

The WHO issued stern warnings Wednesday on the dangers of vaccination apathy and the European Union put mandatory jabs on the table, as the United States registered its first case of the fast-spreading Omicron strain of the coronavirus.

The new variant, first reported to the World Health Organization by South Africa a week ago, has quickly popped up across continents, darkening economic forecasts and deepening fears of another difficult winter in the northern hemisphere.

“Globally, we have a toxic mix of low vaccine coverage, and very low testing — a recipe for breeding and amplifying variants,” said WHO chief Tedros Adhanom Ghebreyesus, reminding the world that the Delta variant “accounts for almost all cases”.

The WHO says it could take several weeks to understand whether or not Omicron is more transmissible, and whether it results in more severe disease — as well as how effective current treatments and vaccines are against the variant.

Its detection and spread, however, have highlighted that the now nearly two-year global fight against Covid-19 is far from over.

In Brussels, European Commission President Ursula von der Leyen said it was “understandable and appropriate” to discuss how to “encourage and potentially think about mandatory vaccination” in the bloc — although only individual member states can impose vaccine mandates.

Austria has already said it will make Covid jabs compulsory next February, Germany is considering a similar approach, and Greece said Tuesday it would mandate vaccines for over-60s.

Saudi Arabia and the United Arab Emirates also recorded their first cases of Omicron, making the Gulf the latest region to be affected.

The European Centre for Disease Prevention and Control meanwhile recommended that children aged five to 11 who are at risk of severe Covid should be considered a “priority group” for vaccination.

The Organisation for Economic Cooperation and Development warned Omicron threatens the world’s recovery and lowered growth estimates for 2021 from 5.7 percent to 5.6 percent.

The Paris-based OECD said the recovery had “lost momentum and is becoming increasingly imbalanced” and would remain “precarious” until vaccines were deployed worldwide.

On Wednesday, UN Secretary Guterres Antonio Guterres added his voice to the growing chorus of criticism against such bans, calling them deeply unfair and punitive” as well as “ineffective”.

Portugal, which has Europe’s highest vaccination rate, reintroduced mask mandates in indoor settings and aims to administer a third Covid jab to almost one-fifth of its population by the end of the year.

From Wednesday, every adult in Italy became eligible for a Covid booster shot, previously only open to those aged over 40.

Despite new restrictions recently introduced in Denmark, the country on Wednesday registered a record number of new Covid cases with 5,120 infections in the last 24 hours.

Even as governments acted unilaterally in imposing travel restrictions, WHO member states came together in Geneva to work on an international accord on handling the next pandemic.

An intergovernmental negotiating body will be established to reach an agreement on responding to future pandemics with a first meeting due before March 1, 2022.

While the European summer of fleeting Covid freedoms may be over, in the southern hemisphere, Pacific nation Fiji ended 615 days of international isolation on Wednesday and reopened to tourists.

Traditional dancers in grass skirts welcomed waving holidaymakers from Sydney, the first of an expected flood of desperately needed tourists in the coming weeks.