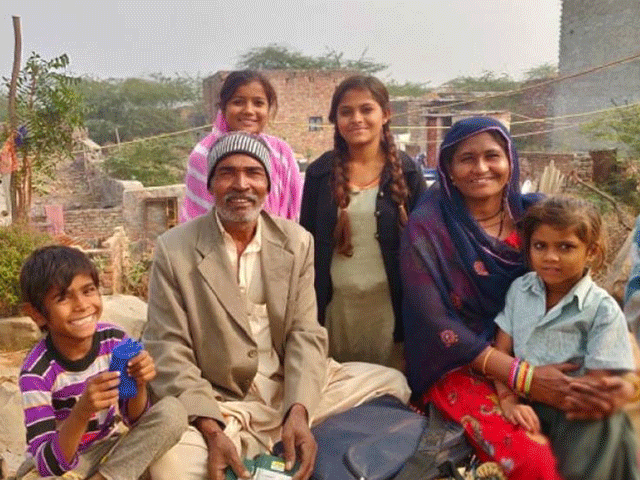 KHANPUR: Minor siblings in Khanpur district of Punjab are endeavoring to bear the expenses of the family after the death of their father.

As per details, eight-year-old Maryam and six-year-old Badal are operating jumping castles and swings in a public park in Khanpur to earn money in order to bear the expenses of the family.

Maryam said after the death of her father Muhammad Younus, she along with her brother installed swings in the park to earn rather than bagging.

“We don’t have anyone else in the family except our mother who can win bread and butter, ” Maryam said and added whatever they earn, they use to give to their mother.

She complained that they are being asked to remove their setup from the park from time to time and also appealed to Prime Minister Imran Khan to look into the matter.