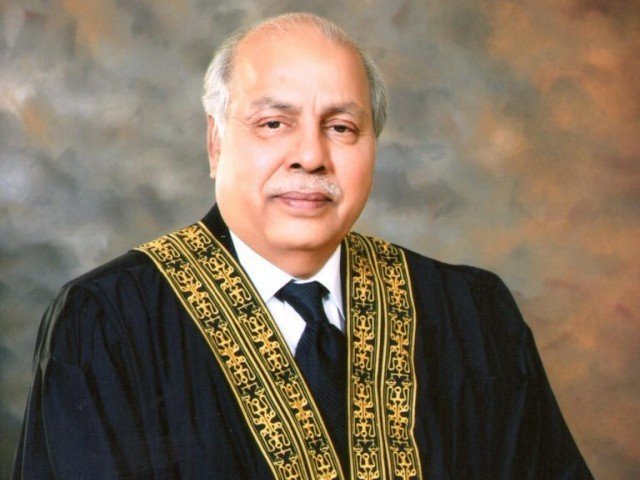 On Friday, Justice Gulzar Ahmed has said that the national economy was on the brink of collapse and the commercialization has consumed the industrial units, Daily Times reported.

Justice Gulzar made the remarks while hearing different cases at the Supreme Court’s Karachi Registry.

He also asked the concerned officials to a prepare report on the legal status of the Al-Bari Tower.

While hearing the case of occupation of plots in Cooperative Housing Society Union, Bahadurabad, the CJP said there was a ‘black economy’ in the country.

He noted with concern that commercialization had spread so rapidly in the country that people had closed their industrial units and were investing in housing societies instead.

“There is a need to change this mindset,” he asserted.

“Ministry of Housing and Works has changed the layouts of all the housing societies,” he said, and added that such was the pathetic state of Karachi’s Sindhi Muslim Society’s streets that one could not even walk.

“Karachi is no more a city worth living in now. We have seen its destruction since housing societies, markets and shopping plazas have sprung up here and there,” the CJP regretted.

Admonishing the Ministry of Housing and Works secretary on the occasion, Gulzar remarked his ministry had sold out each and everything in the port city.

“Your ministry had even sold out the Hill Park,” he said, adding a person sitting in Islamabad had no idea what was going on in your ministry.

The secretary admitted that the allotments of all plots in Bahadurabad’s Cooperative Housing Society were fake.

“Only Allah (The Almighty) knows what mess you people have created,” he said while addressing the Ministry of Works secretary.

When Junaid Mangda, of Jinnah Cooperative Society, told the court that the land on which his society had been built was all legal, the CJP replied that a community center was allotted to a community center. “But here the center has been registered in your name,” he reminded.