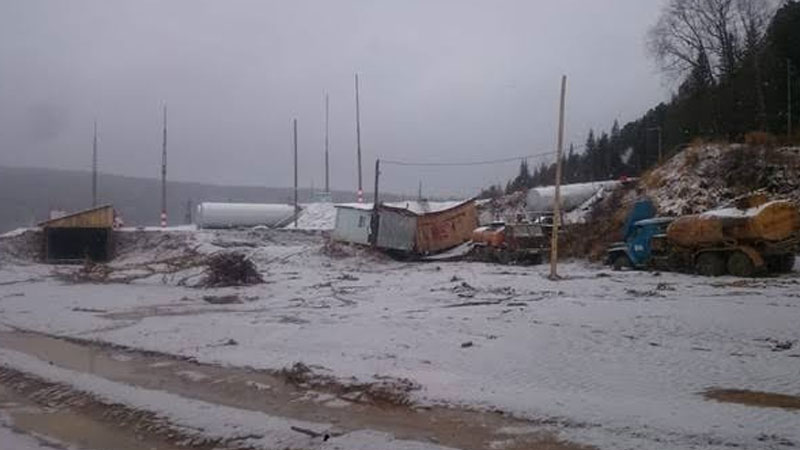 GRAMOTEINO: On Thursday, more than 50 miners were confirmed dead after smoke engulfed a Siberian coal mine and a rescue operation ended in tragedy.

After the latest deadly accident hit Russia’s enormous mining industry, senior management at the mine in the Kemerovo region was detained for suspected safety violations.

Russian news agencies quoted local authorities as saying that 52 people were dead, including miners and six rescuers who had been part of an aborted search operation.

“According to preliminary information, no one is left alive in the mine,” state news agency TASS quoted a source in the local emergency services as saying.

The Listvyazhnaya mine, near the town of Belovo in the Kemerovo mining region, filled with smoke in the early hours of Thursday with 285 people inside.

Most were able to evacuate, but officials had said 35 miners were unaccounted for.

It was not immediately clear what had caused the accident, though some Russian media reported that dust in a ventilation shaft caught fire, causing the mine to fill with smoke.

News agency RIA Novosti quoted prosecutors as saying a spark may have set off a methane explosion.

A search and rescue operation was launched but called off several hours later after officials warned of the threat of an explosion.

There were reports of rescuers running low on oxygen and news agencies said the bodies of six of them were found.

Russia’s Investigative Committee, which probes major cases, opened a criminal probe and said three people had been detained including the 47-year-old director of the mine and his 59-year-old first deputy.

“During the initial investigation, it was established that the detainees violated industrial safety requirements,” the committee said in a statement.

Regional authorities reported that about 40 people were sent to the hospital.

Beginning Friday, the governor has proclaimed a three-day period of mourning in the region.

Residents of Gramoteino, a nearby village, gathered earlier in the day in the snow and sub-zero temperatures outside the facility’s entrance, which was cordoned off by a boom gate, as ambulances passed in and out.

There was no panic, but the audience was anxious, and journalists were not allowed to speak to them.

“This is a great tragedy,” President Vladimir Putin said during talks with Serbian leader Aleksandar Vucic in Sochi.

The Listvyazhnaya mine was set up in 1956 and is owned by the SDS-Ugol company based in the city of Kemerovo.

A methane blast in 2004 killed 13 people at the mine and another explosion at the site killed five people in 1981.

Poor safety regulations, a lack of control of working conditions, and outdated Soviet-era equipment are all factors that contribute to mining accidents in Russia and the former Soviet Union.

In the summer of 2010, one of Russia’s deadliest mining catastrophes in recent years occurred in the Raspadskaya mine in Siberia, Russia’s largest coal mine, killing 91 people and injuring over 100 more.

A methane explosion occurred inside the mine, resulting in the deaths of over 300 miners. The rescuers were then trapped by a second blast.

A gas explosion at the Ulyanovskaya mine in the same location killed 110 people in 2007.

Activists have raised attention to the environmental practises of mines in Russia, one of the world’s largest mineral producers, in addition to the catastrophic incidents.