Inter-civilizational dialogue vital to save billions from hunger: FM 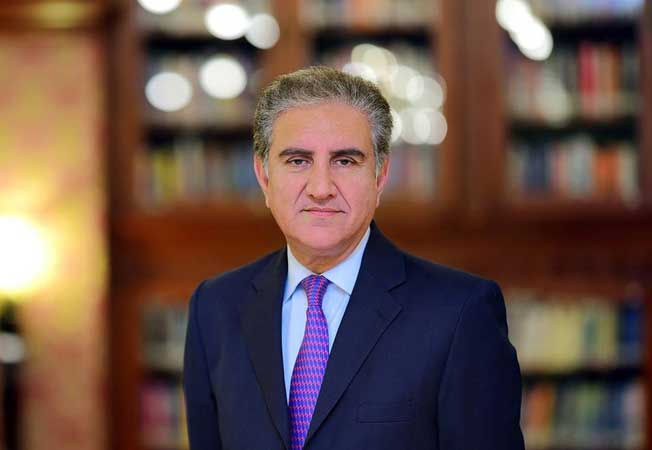 Foreign Minister Shah Mahmood Qureshi on Wednesday emphasized the need for a genuine inter-civilizational dialogue and interfaith harmony to save billions of people from conflict, poverty, disease, and hunger.

The foreign minister said Pakistan was committed to sparing no effort to promote harmony and understanding between different religions, cultures, and civilizations.

He said the global Covid-19 pandemic was a wake-up call for all that had led to the realization that shunning conflicts and intolerance and promoting understanding and cooperation hold the key to the survival of mankind.

He mentioned that Pakistan was at the forefront of efforts to promote understanding of the deep veneration held by Muslims for their Holy Prophet Muhammad (Peace be upon Him).

He stressed that the West must not encourage or tolerate the abuse of freedom of expression to injure the sentiments of nearly two billion Muslims.

He said Islam firmly rejects notions of racial superiority and discrimination on the basis of caste and creed.

Despite malicious propaganda, he said, there was a growing realization in the world that Islam is a religion of peace that does not condone, encourage or promote terrorism or violent extremism.

The foreign minister referred to the Last Sermon of the Holy Prophet (PBUH) as the “most definitive and unequivocal rejection of racism” and a timeless beacon of hope for humanity. He said Pakistan had a rich tradition of tolerance, understanding, and respect for the cultural values of minorities.

The spirit of interfaith harmony is reflected in the green and white of our national flag and is codified in our constitution, he added.

Qureshi mentioned that the country’s founding father Quaid-e-Azam Muhammad Ali Jinnah’s speech before the Constituent Assembly on 11 August 1947 was a forceful enunciation of religious tolerance.

He said Pakistan is the land of Sufi saints whose message of respect for diversity, humanism and compassion resonates across the country. Being on the crossroads of civilizations, he said, Pakistan is a rich mosaic characterized by a confluence of cultures and amalgamation of ideas and wisdom.

He mentioned that guided by Prime Minister Imran Khan’s vision of promoting tolerance and interfaith harmony, Pakistan had opened up Kartarpur Corridor for the Sikh brethren. Similarly, efforts are underway to protect religious sites and promote festivals of other religions.

Qureshi pointed out that the Government of Pakistan’s vision and efforts stood in stark contrast with the policies and actions of India’s Bharatia Janta Party government which was driven by racism and intolerance.

The plight of minorities in general, and Kashmiris in particular flies in the face of India’s claims of being a secular and democratic country, he added.

He urged upon the world to make the Indian government realize that sacrificing Muslims and other minorities at the altar of populism poses a grave threat to humanist ideals as well as regional peace and security.

He expressed confidence that Ulema and Mashaikh would strengthen the government’s hand in promoting interfaith harmony within Pakistan and with the rest of the world.