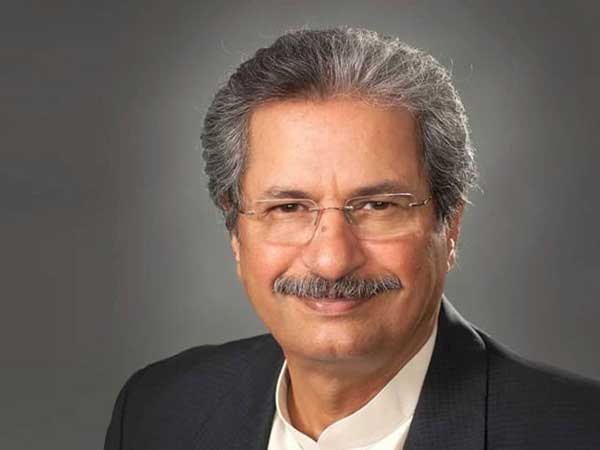 Minister for Federal Education and Professional Training Shafqat Mehmood on Wednesday said that technology can play vital role in improving the educational system of country.

Addressing the launching ceremony of Pilot Project for STEM Teachings in grade 6-8 held at Saqib Ghani Shaheed Model School for Boys G-9/3 Islamabad, he said that technology will be used for educational system in future.

He said that STEM was a part of modern technology which is currently being used in 30 schools.

“We will make all out efforts to bring it among all public sector schools of Islamabad Capital Territory”, minister informed. He went on saying that they had started Tele-school project during the Covid-19 pandemic. The country’s education system was based on rote learning, he said adding, now it was need of the hour to eliminate it by utilizing technology.

He said that there was no second opinion that development is impossible without education.

During the second world war, Germany and Japan were destroyed but they again developed through education, he added. He hoped to learn from this project and ensured to apply it in future. He said that STEM was an important project which is launched for our children with the help of education ministry. Shafqat Mahmood said that we will change the concept of elite schools in the country.

Earlier, in his address, Director General Federal Directorate of Education, Dr Ikram Ali Malik underlined the need of changing in the education system.

He said STEM project was need of time which could bring change in our education system.

He said this project was made possible with the efforts of Shafqat Mahmood and Asad Umar. He hoped for further improvement in the project with passage of time.

He assured to introduce this system soon in other model colleges.