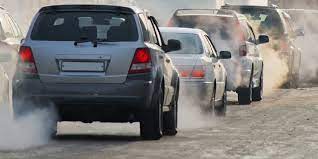 “The provincial government has initiated steps to address the smog problem,” Justice Shahid Karim observed while hearing the case today.

“The situation being improved to some extent despite the smog condition prevails,” the court remarked.

“Lahore has dropped to 5th in the rank from the top of the table, as the worst city on the air quality index, in last two days,” the bench observed.

“45 percent pollution comes from the smoke emitting vehicles,” Justice Karim observed. “The trucks of Lahore Waste Management Board emit smoke. If they won’t improve the vehicles, the court will impose a ban on these trucks,” the bench warned.

The court nominated Mayor Lahore as its focal person and directed him to work in collaboration with the city’s Chief Traffic Officer (CTO) and other departments.

“The Mayor should submit his plan for further steps to improve the situation,” the bench said.

“Lahore is our home, all departments should work for the city as they are working for their homes,” the court said.

A committee formed by the high court had submitted its recommendations to address the smog issue on Friday.

To mitigate the rising haze in Lahore, the research proposed a number of initiatives to ensure a smooth flow of cars.

Temporary and unnecessary parking areas should be removed from the city, while fines should be slapped over the people running this business.

According to the study, anti-encroachment operations should be carried out on the basis, and traffic law violators should be dealt with in accordance with the law without discrimination.