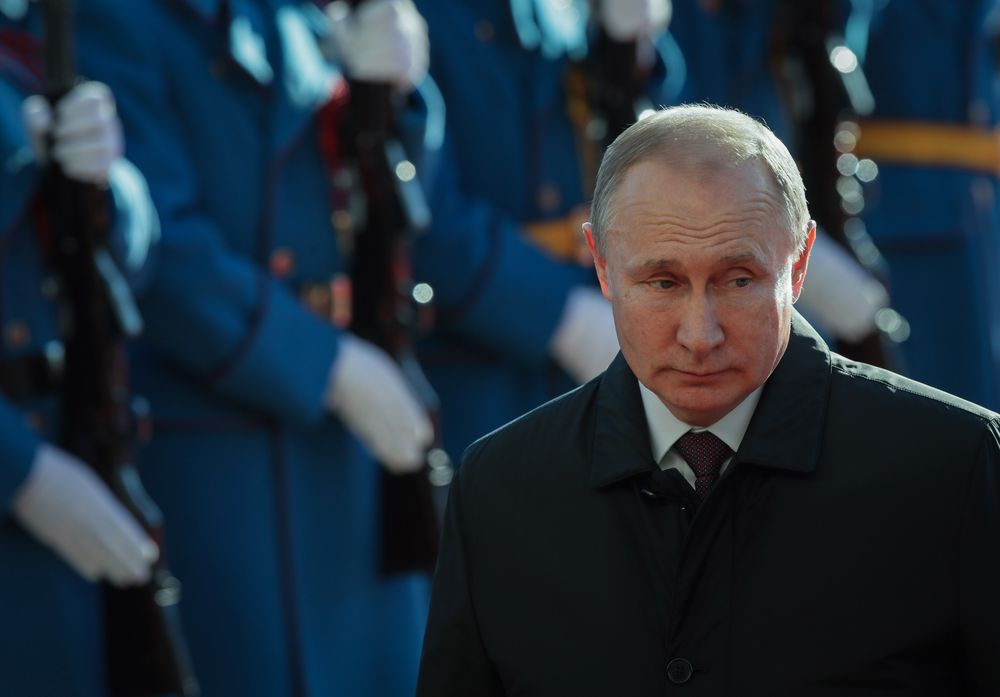 On Monday, Russia’s SVR foreign intelligence service rejected the growing Western allegations that Moscow is planning an invasion of Ukraine.

“The Americans are painting a frightening picture of hordes of Russian tanks that will start to crush Ukrainian cities, saying they have some ‘reliable information of such Russian intentions,” the SVR said in a rare statement to Russian news agencies.

It maintained that the US is sending its allies “absolutely false information on the concentration of forces on the territory of our country for the military invasion of Ukraine”.

Meanwhile, Western countries have this month raised objections over reported Russian military activity near Ukraine, with the US saying it has “real concerns” over what it called “unusual activity”.

The SVR said, “US bureaucrats are scaring the global community” with the allegations.

Russian Foreign Intelligence Service (SVR) Director Sergei Naryshkin, chairman of the Russian Historical Society, attends a round table session titled “Two Centuries of the Russian Empire” and marking the 300th anniversary of the declaration of Russia as an empire, at the Moscow University Library.

The Kremlin earlier Monday said the West is leading an “information campaign” on the issue with the aim of “escalating tensions”.

“Any movement of Russian troops inside our territory does not pose a threat to anyone and should not cause concern to anyone,” Kremlin spokesman Dmitry Peskov told reporters.

He previously denounced the Western claims as “hysteria”.

Earlier last week, Russian President Vladimir Putin blamed the West for “escalating” the Ukraine conflict by holding drills in the Black Sea. He also said the US flew bombers near Russia’s borders.

Ukraine’s army has been locked in a simmering conflict with pro-Russian separatists in two breakaway regions bordering Russia since 2014 after Moscow annexed Crimea.

Kiev and its Western allies accuse Russia of sending troops and arms across the border to support the separatists, Moscow has denied the claims.