Mangrove forests in danger of extinction 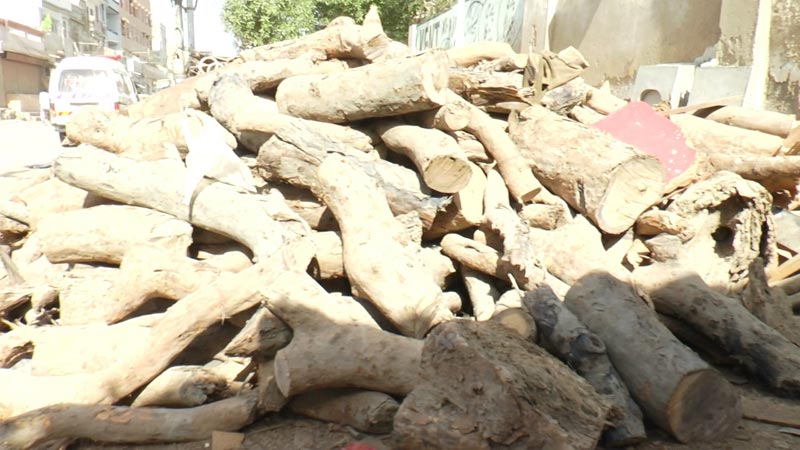 Mangrove forests, a key source for the protection of coastal communities from natural disasters as well as provision of shelter to the marine life, are unfortunately being deforested for commercial purpose and were getting thick on the coast of Karachi, Daily Times has learnt.

During a survey, Daily Times learnt that mangrove forests on the coast of Karachi have been cut down mercilessly brought to the metropolis and being used at local hotels’ ovens (Tandurs).

“I know it is sea-weed but it is cheaper than other wood that is why we are using them in our Tandur,” a hotel owner said, adding that although it is wet-wood and takes time to be burnt but it coasts low.

A vendor who supplies mangrove wood to Tandurs, on the condition of anonymity told this scribe that some of the local fishermen were involved in this process and fishing boats were being used to transport the chopped wood to coast of Karachi for selling to food factories as fuel. “In winter the rate of this wood was around Rs400-500/per 40 kg, while in summer the rate drops to Rs-300/ per 40 kg,” he added.

A citizen who was buying bread at a Tandur said, “I do not know how much they are being offered for cutting valuable trees but it is happening without any check,” adding that it was an open secret that the trees were cut at night and fishing boats are being used to transport mangrove wood from coastal villages to the factories and Tandurs.

While commenting on the deforestation of mangroves, WWF-P’s Representative Asif Sandeelo said that cutting of the mangroves as a fuel wood was putting pressure on the fragile ecosystems, adding that it needs to be stopped and relevant organizations and local communities should play an active role in addressing this challenge.

ShabeenaFaraz, an environmental expert, said that mangroves were the first line of defense against natural disasters and other natural calamities impacting the coast, adding that the Indus Delta’s mangrove forest ecosystem supports various life forms. These dense trees, which protect us from storms, cyclones and tsunami, are also home to different kinds of marine life including fish, shrimp and crabs and several species of birds such as pelicans, flamingoes, kingfishers, cranes and ducks.

Sindh Forest Department DFO ShahzadSadiq told Daily Times that mangrove cutting was not a problem in the entire Indus Delta but in some areas of Karachi and its environs, adding that we were doing utmost to stop the mangrove cutting and SFD keep patrolling coastal line despite that if there was any report or complain we take action against them. He differs with the impression that those involved in the cutting of mangrove trees were not brought to justice. “It is not right to say that they are not caught or punished,” adding that the offenders are caught, punished and fined as recently we have lodged six FIR’s and fined them.

Environmental experts showed much concern on the ongoing deforestation of mangroves and said decades ago, Pakistan was home to eight species of mangroves which have been reduced to three due to multiple threats including inadequate freshwater flow from downstream Kotri Barrage, pollution, climate change and deforestation. Schemes such as ‘Environmental Protection and Management Project’, ‘Mangrove Plantation for Rehabilitation of Korangi-Phitti Creek System’, ‘Development of mangrove forests in the Indus Delta’, with the regional cooperation of the UNESCO/UNDP/WWF and many other organizations have helped in reinstatement, but various national and international agencies have reported a substantial reduction in the extent of mangroves.If accurate actions were not adopted in the near future at grass-root level by the concerned authorities and government, mangroves could be at risk of extinction in Pakistan and may cause harm to the environment and the people who are living on the coastline.