Nine injured in gas leakage blast during wedding in Attock 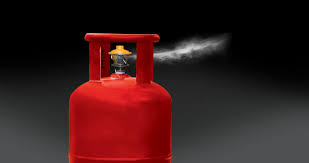 ATTOCK: A gas leakage incident during a wedding ceremony in Attock injured at least nine people, including six ladies, on Saturday.

The horrible incident took place in Farooq-e-Azam Colony of Punjab’s Attock city. Rescue sources said that six women are among the wounded persons in the gas leakage blast.

The house caught fire after the explosion, whereas, the nearby houses were also damaged due to the powerful explosion.

Earlier on Friday, at least three people including the mother and her two children had lost their lives in a blast due to gas leakage in Rawalpindi.

The incident had taken place in Rawalpindi’s Mazharabad area due to gas leakage. The house had turned into debris due to the intensity of the blast.

Two children and their mother were burnt to death in the blast. The bodies were moved to the nearby hospital, while the identification of the deceased could not be ascertained.

Two people were murdered instantly, while five others suffered burn injuries. The bodies, as well as the injured, were taken to the hospital.