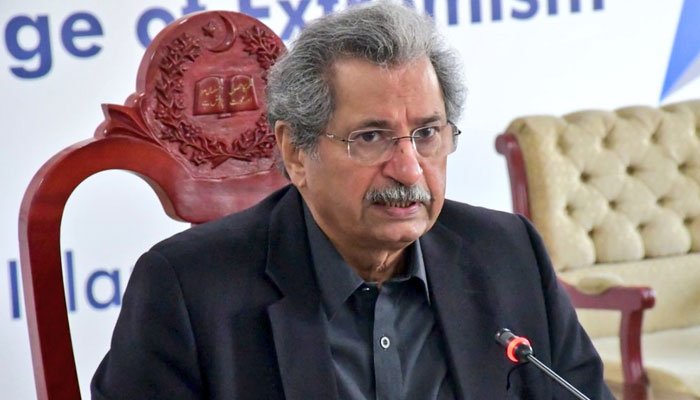 ISLAMABAD: On Saturday, Federal Education Minister Shafqat Mahmood said that the government is not closing schools due to smog issues.

Shafqat Mahmood said that the closure of schools has already adversely affected academics. He said that the education authorities have decided to conduct all examinations with complete syllabus as per schedule.

The National College of Arts will further advance after getting a new status. The federal minister said that there is a need to open more art colleges.

He added that the government will fulfil the requirements of the higher education institutions and a record budget was allocated for the Higher Education Commission (HEC) by the present government.

He added that the universities will have to improve their financial discipline.

On Thursday, Shafqat Mahmood had announced that the examinations will be held in May-June under the full syllabus, as well as the schedule of examinations for O and A level will be followed.

Shafqat Mahmood had announced the education-related decisions taken by the Inter-Provincial Education Ministers’ Conference (IPEMC) held in Karachi. He had said that the federal authorities wanted the timely examinations and admissions from the provinces.

He had said that IPEMC also held discussions over the new procedures of examination envisaged by the federal board. The minister had said that they are making efforts to design a combined academic calendar.