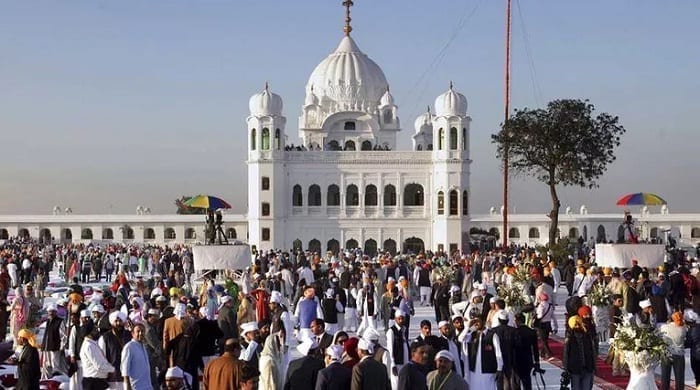 On the birth anniversary celebration of Guru Nanak Pakistan has softened its policy for Sikh pilgrims coming to Pakistan to attend celebrations till November 30.

According to the new rules, Sikhs now won’t have to inform 10 days before their visit to Pakistan.

Earlier, the law of the land about Sikh pilgrims coming to visit their religious sites made it mandatory to apply 10 days ahead of their visit to Kartarpur Gurdwara in the Narowal district.

But now, Pakistan removed the condition and softened the policy for the Sikh pilgrims.

Moreover, Pakistani officials said that the decision about policy relaxation was taken to respect the religious sentiments of the Sikh community coming from India.

Officials said that authorities also took this decision keeping in view the last-minute opening of the Kartarpur Corridor from the Indian side.

Pertinent to note that the Sikh community in India wrote to Prime Minister Narendra Modi to reopen Kartarpur Corridor ahead of the Guru Nanak birth anniversary celebrations in Pakistan.

Furthermore, Pakistan has made foolproof security arrangements for the birth anniversary of Guru Nanak ceremonies in Nanaka Sahib — the birthplace of Sikh religion supremo.