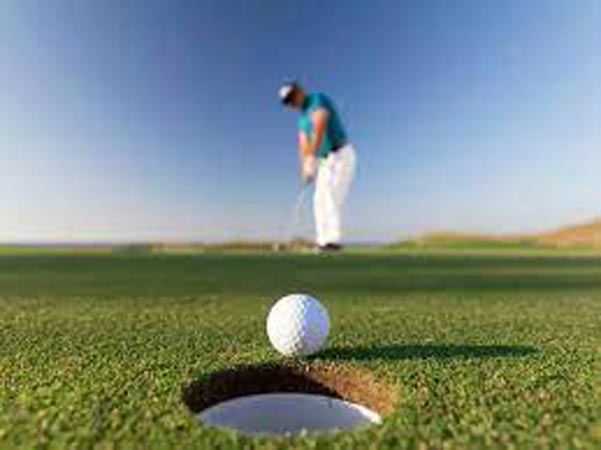 The 61st National Amateur Golf Championship commenced at the scenic,pleasing and strikingly flamboyant Peshawar Golf Club Golf Course on Thursday. The golfers seeking high honours in this four-round 72 holes national fixture are over 50 amateurs charged with purposefulness and resoluteness that can be categorized as irreprehensible. Yet the compulsions of competition are such that even many super ones are cowed down as the head to head encounter crystallizes and only the exalted performers surface as the lustrous notables.And at the end of the first round yesterday,the lustrous and dazzling one was nineteen years old Muhammed Shoaib of Lahore Gymkhana who appeared as the most competent one with an 18 holes score of gross 69,three under par.And this peerless score coming from an amateur golfer was an upscale manifestation of his golfing genius.

Right through the first round 18 holes, Shoaib was an aspirant in formidable control of his shot making,be it powerful 350 yards plus drives off the tees on all par fours and par fives backed by sublime control over approach shots from 70 to 100 yards.And then the most grueling of all,the putting aspect on the greens. Shoaib reflected exemplary ascendancy over all round golf playing techniques and managed the score of 69 with the help of fourteen faultless pars,two birdies and a spell binding eagle on the ninth hole,thanks to a blessed 70 yards shot that landed in the hole.

As for the slippages,there was just one when he bogeyed the 8th hole.Two more contestants who twinkled in the course of the first round were Salman Jehangir of Lahore Gymkhana and Nouman Ilyas of Lahore Garrison.These two efficient and coherent golf players were bunched together at a masterly score of gross 71,one under par. Saim Shazli of Sindh also impressed with his endeavour and golfing deeds in the opening 18 holes.Had a few four feet putts dropped in the score could have been in the under par range.However, his score of 72 was adequately acceptable.Placed at a gross score of 74 was defending champion Omar Khalid of Sindh.Also at the same score of 74 was Moazzam of Khyber Pakhtunkhaw and sharing this spot at 74 were two others: Hamza Khan of Sindh and Hussain Hamid of Royal Palm.

In the Inter Association team match,Sindhwere ruling the leaderboard with a team score of 220,thanks to some reliable scores from team members SaimShazli, Hamza Khan and Omar Khalid. Punjab, comprising Salman Jehangir, Qasim Ali Khan and Ralfay Raja, were placed second at a team score of 227 and trailed Sindh by seven strokes. Federal were at 232.