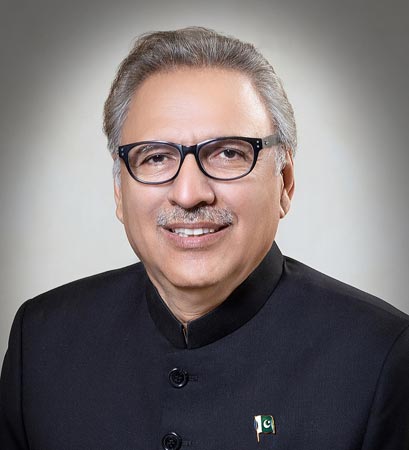 President Arif Alvi Thursday said the entire world was in the grip of inflation because of COVID-19 effects but the government was making all out efforts to provide maximum relief to the people.

Addressing the PTI leaders and workers in Mirpurkhas, he said the international community had acknowledged Prime Minister Imran Khan’s strategy of introducing smart lockdown during the pandemic.

“With the cooperation of the people of all segments of life, including religious leaders, the government has not only successfully met the challenges of COVID-19, but also saved the economy from destruction, he added.

The president said the objective of passage of the 18th Amendment of the Constitution was to devolve powers at the grass root level and now it was the federating units’ responsibility to strengthen the federation.

The PTI government is fully committed to striving for the welfare of the masses without any discrimination, he said and added that the government had maintained that Kalabag Dam project would not be constructed without consensus of all the provinces.

He said the government was fully committed to honouring the promise of completely eliminating corruption.

“Though the corrupt mafia has united to protect their interests, the prime minister was bravely striving to foil the nefarious designs of the mafia,” he said.

PM has deep affiliation with Sindh:

“Prime Minister Imran Khan has deep affiliation and love with Sindh and his government is making all out efforts to provide maximum facilities to the people of the province,” he said and assured the PTI leaders and workers that their struggle would bring fruitful results.

The president assured that all out efforts will be made to resolve the issues of the people of Mirpurkhas and also supported the demand of establishing the bench of Sindh High Court in Mirpurkhas.

He called upon the youth to avail themselves of the visionary initiatives of the federal government like “KamyabJawan Programme” and play their key role in bringing progress and prosperity in the country by establishing their own business.

Besides earmarking Rs100 billion for “KamyabJawanProgramme”, the government is striving for creating job opportunities in housing, construction, textile and other sectors, he said and added that without participation of the masses, no government can achieved the tasks of development alone.

He said the government had also introduced a loan scheme for women but unfortunately less than two percent women had shown interest. The president expressed his regrets and called upon the women to take advantage of the scheme and improve their living standard.

He added that organizations like the CPLC could play a vital role in liaison between the police and citizens for maintaining law and order.

“There is a need for establishing CPLCs in other cities of Sindh so that peaceful atmosphere could be ensured with joint efforts,” the president stated this while inaugurating the office of CPLC in Hyderabad.

Appreciating the role of CPLC, the president said with the support of volunteer groups, the CPLC was playing an effective role in eliminating heinous crimes including kidnapping for ransom as well as unearthing the drug trafficking in the province. The president also emphasized the need for rooting out the narcotics dens adding that drug use had been prevailed in the society at alarming stage.