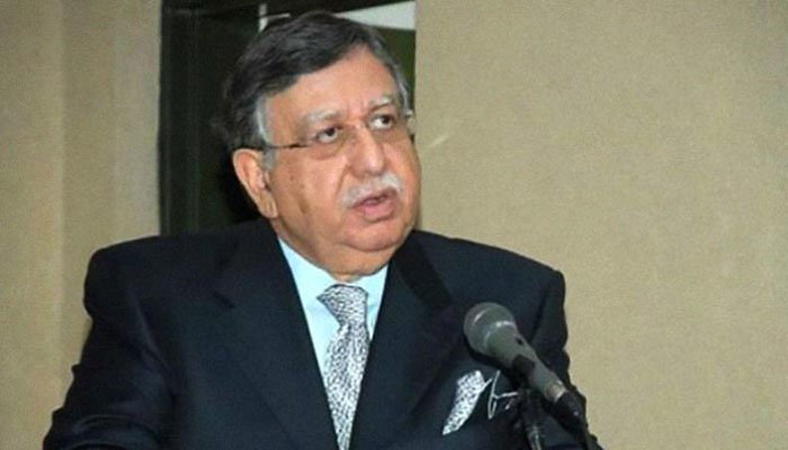 Advisor to Prime Minister on Finance and Revenue, Shaukat Tarin has said that various economic indicators clearly show that the country’s progress by all accounts is on the rise.

“Numbers never lie,” the advisor said in a tweet on Sunday while indicating progress in various sectors of economy including agriculture, manufacturing, exports and tax collection. He said the country is now in a sugar surplus, besides producing huge surplus in rice, maize and cotton.

“Numbers never lie, our progress by all accounts is on rise i.e. Agriculture, manufacturing, exports and tax collection. We are now a sugar surplus country. Also producing a huge surplus in rice, maize and cotton,” the advisor tweeted.

Separately, Tarin told a private television channel on Saturday night that the country is going to increase the levy on petroleum products.

Tarin said the prices of petroleum products were increased because they are directly linked with the international market, where the prices touched their peak in the last several years.

When and how the government cranks up the PDL depends upon the oil prices in the international market, the finance adviser said.

Ruling out any deadlock in the talks with the IMF, Tarin said there is a single irritant regarding the autonomy of the State Bank of Pakistan (SBP) being currently negotiated upon which will hopefully be resolved in the coming days.

The adviser declined to comment on the issue regarding the SBP’s autonomy. However, he said the IMF officials have appreciated Pakistan’s objections to the SBP’s autonomy draft which the country [sort of] agreed to in March.

Commenting on the IMF’s condition regarding income tax, Tarin said Pakistan will not go for pyramiding as the country is getting good results on the revenue side.

Pakistan went food deficient and had to import food items which led to the hike in food prices, he said, adding that the global prices of steel, coal and palm oil have gone up and the country has to import them. He said the situation was not the same six to seven months back when petrol, which has recently shot up to $87, was being sold at $45 to $50.

The government has announced a subsidy as part of relief to the poor, he said, adding that the government is making efforts to enhance agricultural produce. The government is doing all it can to increase agricultural produce, Tarin said, adding that the country got a good sugarcane crop this year which will ultimately help reduce the price of sugar. He also expressed optimism on the increased production of wheat and other staple crops, saying it will ultimately push down food prices.

Imported sugar is in abundant quantity in the country but its price went up because sugar mill owners and dealers hoarded the commodity and got a stay order from the court, he said. The adviser said sugar will sell at around Rs90/kilogramme once the stay order is lifted.

Replying to a question regarding the effective government control on food items, he said that after the passage of the 18th constitutional amendment it was the prerogative of the provinces to fix the prices of food items. The PTI government is trying to reduce the circular debt without putting the burden on the common people, he said.