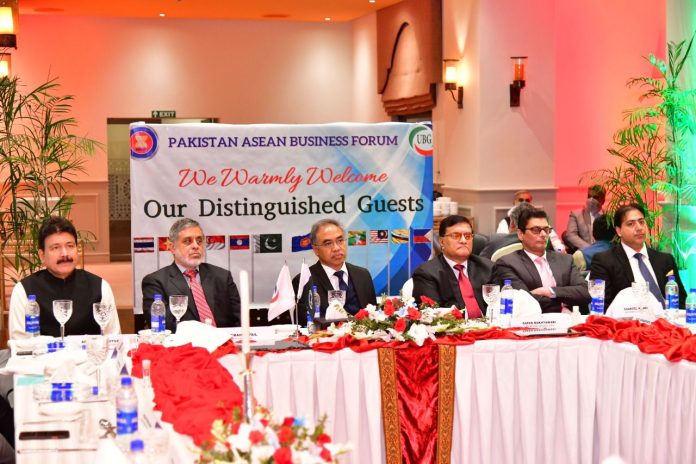 The Ambassador said there had been a major policy breakthrough under the incumbent government, adding, when the government had shifted its policy from geopolitical to geo-economic approach, which would further strengthen Pakistan’s economic and trade relations with potential trading partners like ASEAN.

The Indonesian envoy said relations between the two sides, business communities, and the people-to-people contacts were considered important, as well as expanding bilateral trade in accordance with trade and economic capabilities and implementation of economic and trade policies and agreements.

Speaking on the occasion, President United Business Group (UBG) Zubair Tufail said the volume of bilateral trade between ASEAN and Pakistan was only US $ seven billion which was far below its potential. The ASEAN countries developed economically through the regional economic and trade alliance and the development of ASEAN countries Indonesia, Malaysia, Vietnam, and Thailand is unprecedented. On the occasion, while talking to APP General Secretary, UBG and former ICCI President Zafar Bakhtawari said a Free Trade

An agreement was needed between Pakistan and ASEAN to promote economic and trade relations between the two sides. There should be a direct air link between ASEAN countries and Pakistan to enhance bilateral ties on both sides. He said the industry should be shifted from ASEAN and industrial cooperation should be further enhanced.

He said trade, economic, cultural, and people-to-people contacts between the two sides would have to be further enhanced. On this occasion, Malaysia’s Charge’ di Affair increased in ASEAN-Pakistan trade volume.