The happy parents clearly wanted the event to be memorable.

Celebrity couple Sarah Khan and Falak Shabir are deep in the joys of first-time parenthood after the birth of their daughter Alyana in early October. They celebrated their daughter’s aqeeqa last night with family and friends. By the looks of the pictures that have popped up on social media, the event was an elegant floral themed affair. 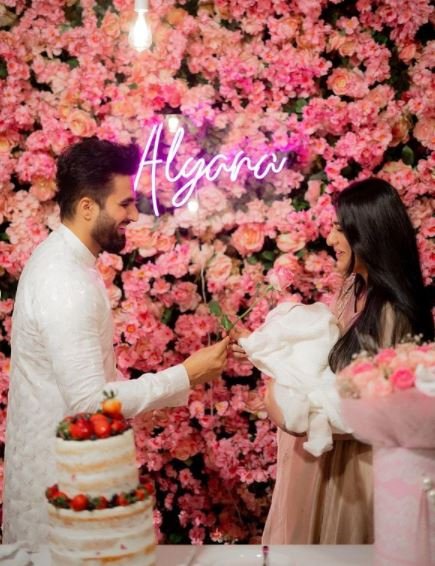 Shabir shared a wholesome picture of him and his wife with their newborn daughter on Instagram. “My daughter’s aqeeqa ceremony,” he wrote in the caption.

The event’s decor — which was pink, floral and heavy on the fairy lights — was done by ASZ Events who posted a video and pictures from the aqeeqa ceremony.

The guest list included a number of celebrities such as television hosts Nida Yasir and Shaista Lodhi. Actors Imran Ashraf, Nausheen Shah and Mirza Gohar Rasheed were there as well. 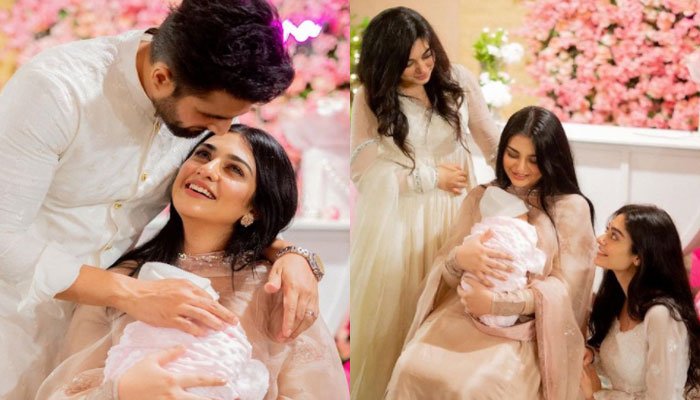 It looks like the parents and their guests had a wonderful time. Little Alyana might not remember the event, but there will be pictures a plenty to show her how her gorgeous looking aqeeqa went down.