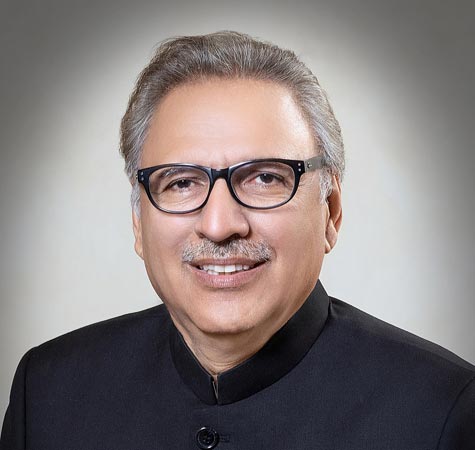 Terming intellectual excellence the key to match the pace of global advancement, President Dr Arif Alvi Tuesday said Pakistan needed to achieve an edge in applied sciences to bring in a real transformation and ensure development.

Addressing a convocation of Quaid-e-Azam University (QAU) at the Jinnah Convention Centre, Islamabad, he said equipping the country’s youth bulge with knowledge and skills as per market demands was essential to properly utilize their potential.

President Alvi said Pakistan had the fifth largest young human resource in the world, and thus required the right direction to achieve the goals of prosperity in line with the vision of the Quaid-e-Azam and Allama Iqbal.

He said nations were built not only with resources, but also with their intellectual dominance.

He said the government was focusing to expand the scope of higher education and ensure access to students across the country. However, he regretted only nine percent of the students in Pakistan could make their way to universities compared with 20 and 16 percent in India and Bangladesh, respectively.

President Alvi proposed to universities in the country to also work on a ‘virtual component’ of education to help increase the number of highly-qualified graduates.

He said the Pakistani nation, in view of its immense capabilities and determination, was blessed with all the right ingredients to rise amongst its contemporaries.

He said the brain-drain of professionals in the 70s and 80s dealt a big intellectual loss to the country and urged the graduates to serve the nation and contribute towards their society.

He said an inclusive job structure with provision of home-based work facilities and a safe environment would encourage women to continue with their careers in addition to their family commitments.

He lauded the QAU for achieving the top rank in the country besides getting several other accolades at the world stage of academics.

Vice-Chancellor Dr Muhammad Ali said the QAU was continuing with its tradition of academic prestige and was ranked among the top 100 universities of Asia, with its faculty ranked at 28th in the world. He said QAU had recently established a Kamyab Jawan Centre and a Business Incubation under one umbrella to provide the graduates with a platform for entrepreneurship.

He announced that the disciplines of artificial intelligence and cyber security would be started from the next academic session. Also, on the directive of Prime Minister Imran Khan, the QAU was set to launch Sports Sciences and Media Studies, he added.

The VC said the QAU had signed 70 Memoranda of Understanding with different universities across the globe and had established a pension fund and student endowment fund to facilitate both its faculty and pupils. The president on the occasion gave away medals to the students on achieving distinction in their respective disciplines.