* Raza's childhood friend Fareed and his wife Saira, a power couple of the Lahori elite, become his anchor in the face of turbulent tides 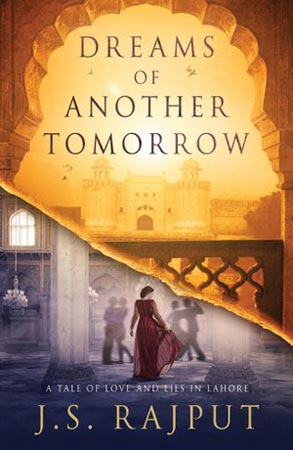 Exquisitely exploring the subtleties of “love and lies” among the Pakistani upper class, JS Rajput’s novel Dreams of Another Tomorrow brings out the contradictions which lend our patriarchal society a unique character – one which may be loved or hated but can only be ignored at one’s own peril.

The protagonist of the novel, Raza – a young Harvard professor – returns to Pakistan seemingly for a lecture tour. But his travel soon becomes a journey of self-discovery as he meets an old flame now married to a business tycoon. The temptation for a romantic reconnect is hard to resist, but the pursuit of love could become a perilous path to tread.

Raza’s childhood friend Fareed and his wife Saira, a power couple of the Lahori elite, become his anchor in the face of turbulent tides. But Fareed also draws him into the decadent dissipation available to the rich and powerful in an otherwise profoundly conservative society. Gradually, he struggles to stay loyal to his friend as he discovers the darker dimensions of Fareed’s glamorous persona.

In a social milieu where men hold all power and moral authority, Raza still finds women keen and willing to stand up for their right to fashion their own lives. But to get around the challenges posed by the uneven power equation they must come up with unconventional strategies. Fascinating characters, such as Saira, her sister-in-law Erina and her friend Rabya introduce readers to aspects of lives of upper-class women not known to many in the country.

As the story progresses, Raza encounters ever more mysterious characters; a woman who is secretly investigating the assassination of Benazir Bhutto to a woman who is regarded as a living saint by many. He also gets a view, up close and personal, of some of the leading political personas of the country. A romantic twist in the latter half of the story evolve into a captivating thriller and an enchanting love story.

Garbed as a romance, Rajput’s eminently readable novel is a social satire which explores the challenges faced by women in a male dominated society at a time when a debate on the topic has become intense because of glaring cases of violence against women. On the one hand, there are opportunities never available before in terms of education and careers, but on the other there are lines drawn in the sand that still cannot be crossed.

Set in an era when instability in Afghanistan brought upon an onslaught of terrorism and extremism in Pakistan, the novel is a must read for those wanting an insight into how Pakistani society evolved in the face of these challenges.

South Asian literature in English has become a genre in itself with some great stories emerging from writers such as Vikram Seth, Arundhati Roy, Bapsi Sidhwa, Mohsin Hamid and Khaled Hosseini. Rajput’s distinct description of social and cultural undercurrent woven into a gripping romance introduces another flavour to the menu.

The way the story has been constructed with conversations between different characters on political and social issues makes a delightful reading while conveying a breadth of knowledge about the socio-political dynamics of the country.

Published by Troubador UK, Dreams of Another Tomorrow is available for sale by order, at all international bookstores, as well as Amazon. It is also available on all the major international digital platforms.

The writer is Associate Editor (Diplomatic Affairs) for Daily Times. He Tweets at @mhassankhan06 and can be reached at hassankhan440@gmail.com