Agreement with IMF to be signed this week 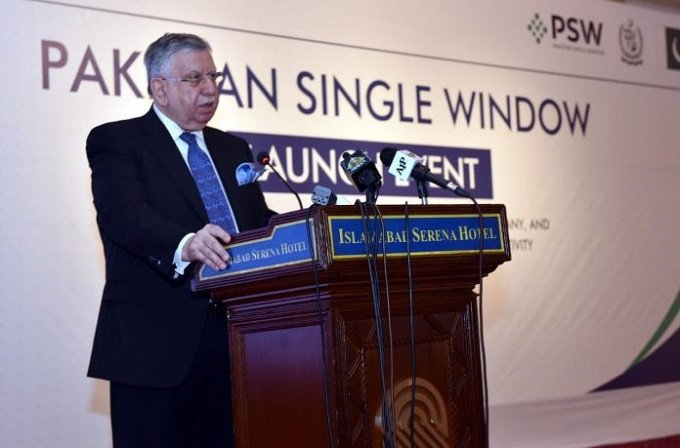 ISLAMABAD: Adviser to Prime Minister on Revenue and Finance, Shaukat Tarin on Monday announced that an agreement with the International Monetary Fund (IMF) over the revival of the $6 billion Extended Fund Facility (EFF) had been reached and a formal accord will be signed later this week.

The announcement was made by the advisor at an event in Islamabad. “Matters with the fund are settled and agreement will be signed in the current week,” he said while interaction with media in Islamabad, here today. Tarin said for changes regarding laws about State Bank of Pakistan (SBP), the PTI government needs two third majority, which is not available. “We have tried to make IMF understand this issue.” Regarding recent cyber attacks on the National Bank of Pakistan (NBP) system, he said that salaries of the government employees will not be late as the situation is under control right now.

Shaukat Tarin avoided a question about the recent statement of SBP Governor Reza Baqir about depreciation of PKR against the US dollar befitted overseas Pakistani by saying that the SBP governor will respond on the issue himself. He feared more cyber attacks after Federal Board of Revenue (FBR) and NBP.  Sharing his views on the increasing inflation in the country, the adviser said target subsidy is being given to control over the problem as inflation is an international issue.

Meanwhile, Tarin said authorities consider Pakistan’s business community as the biggest asset of the country and “it is these entrepreneurs and industrialists that will shape the future of Pakistan”.