No room for any militant group in Pakistan: Moeed 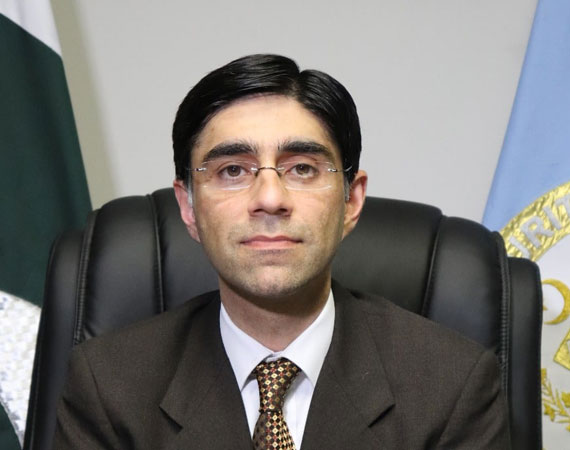 National Security Adviser (NSA) Dr Moeed Yusuf on Thursday said the banned Tehreek-i-Labbaik Pakistan (TLP) had crossed the red line and exhausted the state’s patience and it should be mindful of the fact that there would be “NO armed militias of any sort in our country.”

The NSA took to Twitter to condemn and warn the TLP protestors for orchestrating extreme violence against the Policemen during their protest march.

Dr Moeed clarified that for all individuals and groups who think they could challenge the writ of the Pakistani state, “do not test the proposition.”

“As the basic principle of national security, the state will never shy away from protecting each and every citizen from any form of violence,” he underscored. The NSA said that the proscribed organisation’s protestors had martyred policemen, destroyed public property, and continued to cause massive public disruption.

He warned that law would take its course for each one of them adding, “and terrorists will be treated like terrorists with no leniency.”

Meanwhile, Special Assistant to the Prime Minister on Climate Change Malik Amin Aslam also tweeted that the government was expressing restraint where the outlawed TLP violence would not be allowed to sustain.

“The Government is showing restraint but this chaotic TLP vandalism can not continue,” Amin Aslam said.

Ambassador: Pakistan’s Ambassador to China, Moin ul Haque on Thursday paid tribute to the struggle of the people of Jammu & Kashmir against Indian occupation and said despite endless atrocities of the Indian forces against innocent Kashmiris it had failed to break their resolve.

Speaking on the occasion of ‘Kashmir Black Day’ observed with solemnity at the Embassy of Pakistan here, he said that Indian repression in the Occupied Kashmir had especially become more intensified and horrifying levels after the August 2019’s illegal and unilateral actions of the Indian occupation authorities.

He said that Kashmiris’ call for freedom was not merely for a piece of territory. It was a classic struggle by the oppressed people against an aggressor for a larger cause of human dignity and freedom.

Since then the entire illegally occupied territory of Kashmir had been under siege, their leadership incarcerated and their youth targeted in staged search operations. Jammu & Kashmir has become the most militarized zones in the world yet the Kashmiri freedom struggle has continued unwavered.

He further said that entire Pakistani nation had and would continue to stand with their Kashmiri brethren in their just struggle for self-determination.

The Ambassador also appreciated the principled stance of China on the Kashmir dispute and China’s support in raising the issue at the United Nations Security Council.

To mark the Kashmir Black Day, a special event was organized to show solidarity with the heroic struggle of the people of Jammu and Kashmir for their inalienable right of self-determination as enshrined under the international law and promised in several United Nations Security Council resolutions.

The messages of the President and Prime Minister were also read during the event.

Highlights of the event included a photo exhibition on the Kashmiri freedom struggle and the brutalities of the Indian occupation forces.

The students of Pakistan Embassy College through a special performance highlighted the plight of the people of the Occupied Jammu and Kashmir followed by a special documentary on Indian human rights violations in Kashmir.

On this day in 1947, Indian forces unlawfully had entered Jammu and Kashmir, commencing the dark era of illegal Indian occupation that continues till date.