TLP to be dealt with an iron hand 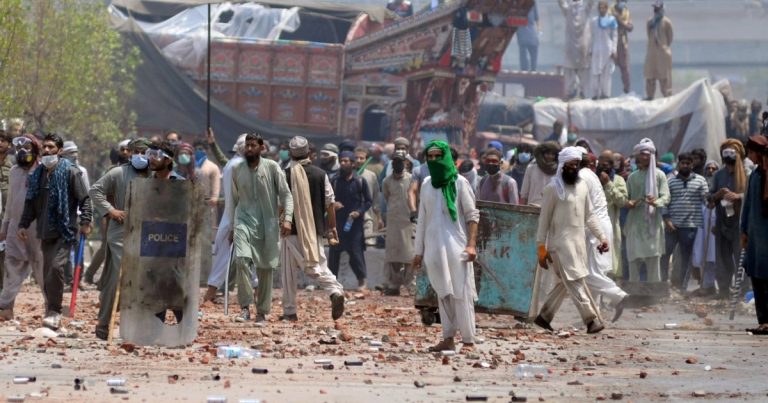 ISLAMABAD: On Wednesday, the Federal Cabinet unanimously agreed to tackle the proscribed Tehreek-i-Labbaik Pakistan (TLP) firmly and not to be blackmailed by the outfit on different pretexts.

The cabinet members who deliberated on the repeated calls for long marches on to Islamabad, grinding to a halt the entire country by setting up road blockades every few months, expressed the belief that the writ of the State must not be challenged.

A high-level meeting earlier on Tuesday chaired by Prime Minister Imran Khan and attended by the Chief of Army Staff, Director General Inter-Services Intelligence, Director General of Military Operations, Chief Secretaries and Inspector Generals of Police of provinces also expressed concern over the radicalisation and militant tendencies of the TLP.

There has also been a strong reaction from the public who have borne the brunt of the lawlessness created by the TLP by blocking roads, disrupting businesses and damaging private and public property, and that too on the pretext of Islam.

“On Tuesday, a clear policy decision was taken in a meeting, which was held under the chairmanship of Prime Minister Imran Khan and attended by the Pakistan Army, Intelligence Agencies and all the concerned authorities, that the proscribed Tehreek-e-Labbaik will be treated as a militant group,” Minister for Information and Broadcasting Chaudhry Fawad Hussain said while addressing a post-cabinet briefing.

Fawad said Pakistan had defeated terrorist organizations like Al-Qaeda in the past.

Interior Minister Sheikh Rashid Ahmed earlier at a press conference again urged the group to end their protest and said that Rangers were being called in for 60 days in Punjab to maintain law and order. 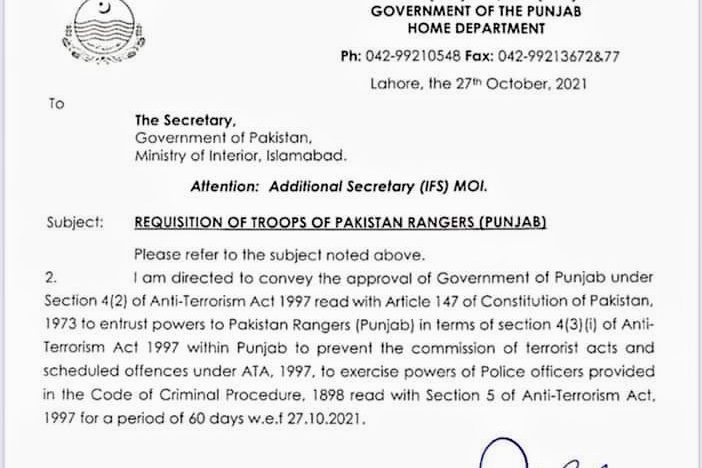 His remarks came after reports of violent clashes between the protesters and the police near Sadhoke in Gujranwala district in which at least four policemen were martyred and over 250 injured.

The number of police personnel killed by the violent mob has risen to five in the past week. Earlier two police constables were killed when they were attacked in Lahore. In the last protest of the TLP six policemen were killed and over 700 injured, while public and private property worth millions was destroyed.

The TLP in its sixth protest has been demanding the release of its leader Saad Rizvi, the expulsion of the French ambassador from Pakistan over the publication of blasphemous caricatures in the country. It also demanded cutting off all ties. However, the government has made it clear that Pakistan cannot remain in isolation.

Of the almost two billion Muslim population in 57 countries, none had severed ties nor any such violent protests, where the marchers killed or destroyed the property of fellow Muslims have been witnessed.

Briefing the media about the decisions taken at the cabinet, Information Minister Fawad Chaudhry said TLP would not be allowed to challenge the “writ of the state” and will be treated as a “militant” group.

According to security sources the ongoing TLP protest had only its political agenda insight and was exploiting the religious sentiments of the people to provoke and use them to achieve certain objectives.

The security experts believed that under the given economic and security challenges the country was facing any such lawlessness could have serious consequences and under no circumstances the State should allow such uncalled for protests.