* Fawad urges ECP to take action against outlawed TLP
* Reference against TLP ready, will be filed in Supreme Court soon
* Mob rule can't be allowed in country at any cost 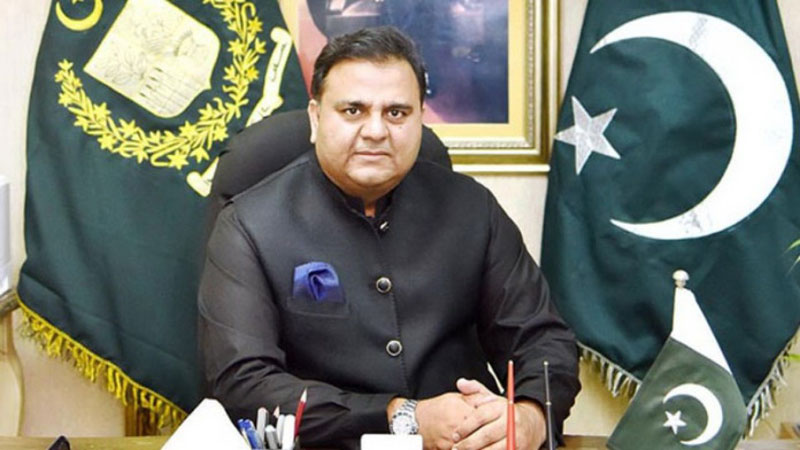 Minister for Information and Broadcasting Chaudhry Fawad Hussain on Wednesday said that the top leadership has decided to treat the proscribed Tehreek-i-Labbaik Pakistan (TLP) as a ‘militant group’ for persistently challenging the writ of the state by creating chaos with the support of the anti-state elements.

“On Tuesday, a clear policy decision was taken in a meeting, which was held under the chairmanship of Prime Minister Imran Khan and attended by the Pakistan Army, Intelligence Agencies and all the concerned authorities, that the proscribed Tehreek-e-Labaik will be treated as a militant group,” he said while addressing a post-cabinet briefing here. “We will not treat this organization as a political party,” he said while urging other concerned departments especially the Election Commission of Pakistan to play their role in this regard.

The minister said, the matter pertaining to the organization would be dealt in a same manner as of other terrorist organizations that were annihilated in the past.

Fawad said Pakistan had defeated terrorist organizations like Al-Qaida in the past. “Therefore, make no mistake in considering Pakistan a weak state. Whosoever has committed mistake of perceiving Pakistan as a weak state, they regretted,” he added.

Referring to long march of TLP on the GT Road, he said this was a proscribed organization and a militant group instead of religious one. The proscribed TLP would not be allowed to challenge writ of the state at any cost.

Last time, he said the government had made the details public as to how the social media accounts from India supported TLP. He said, TLP soon after its origin in 2015 had become a pressure group to blackmail the government for their unjust demand. He said the government of Pakistan and state had showed much restraint in the past to avoid bloodshed, but unfortunately there was a class in their leadership which paid no heed to the human loss because their purpose was a bloodshed and unrest in the country.

Last time, he said some six policemen were killed and more than 700 got injured and now in last two day, two policemen embraced martyrdom and 49 inflicted injuries. “This is the six time, they are on roads and just a moment ago, 27 Kalashnikovs carrying people were seen participating in their march at Sadhoki,” he said while asking, “Should we sit idle and allow you to come from one side and block GT road or another road. How long should it will be tolerated.”

He said the government had showed enough restraint and neither a civilian was hurt at a single place nor did resort to use force. About the decisions taken in the federal cabinet meeting, chaired by Prime Minister Imran Khan, he said it was decided in principle that nobody would be allowed to blackmail the state and nor would it be tolerated that the writ of state could be challenged by anyone.

Responding to a question, he said the government had already held six rounds of negotiations with TLP vagabonds in last two months sans any result. “Enough is enough, mob rule could not be allowed in the country,” he said, adding that nobody has the right to block highways and unfortunately the name of the Holy Prophet (PBUH) was being used for this act.

He urged Election Commission of Pakistan (ECP) to take action against TLP. “ECP is scrutinizing funding sources of PPP, PML-N and PTI which is okay but they should also look into the registration of TLP, which is registered on name of a Dubai resident,” he said. A reference to declare TLP outlaw was ready and would be filed in Supreme Court of Pakistan soon, he said, adding that nobody would be allowed to enforce its agenda with force.