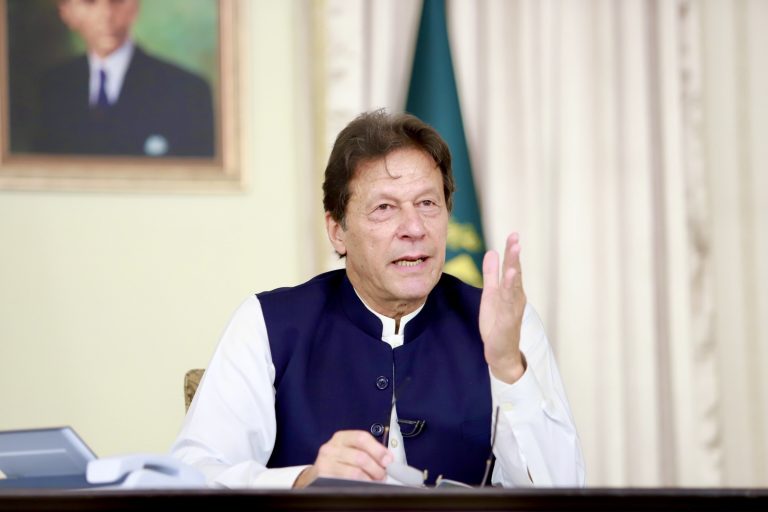 In a message on the occasion of Kashmir Black Day, he said the world should help secure the right of Kashmiris to determine their own future according to UN Security Council resolutions.

He said, “we stand united in support of the Kashmiris’ inalienable right to self-determination.”

However, Pakistanis and millions of Kashmiris observe the Kashmir Black Day on October 27 every year to condemn the illegal occupation of the state of Jammu and Kashmir, he added.

He said this day was also to remember the innumerable sacrifices given by Kashmiris while resisting the inhuman occupation of India.

The illegal occupation of India was meant to suppress the just aspirations of Kashmiris for determining their future, he noted.

Moreover, the PM said despite the oppression and cruelty of Indian occupation forces for the last seven decades the Kashmiris were determined to gain freedom. “We salute the courage and determination of Kashmiris including women and children.

Kashmiris are a source of inspiration for the freedom-loving people of the world.” The longstanding dispute over Jammu and Kashmir had been on the agenda of the United Nations Security Council since 1948, he added.

Unfortunately, in today’s India, the ideology of RSS was prevalent and in its extremist ideology there was no place for Muslims and other minorities, he stressed.

He said the ruling Bharatiya Janata Party was using oppressive methods to suppress the voice of Kashmiris and deny the right to self-determination.

India on August 5, 2019 took unilateral and illegal action and for the last 815 days put Kashmiris under military siege while resorting to media blackout and other restrictions, he explained.

He said fake encounters, rape and severe violations of human rights and extra judicial killings were the unspeakable crimes against the Kashmiris.

Furthermore, the Indian government introduced the laws of domicile to make demographic changes in the held Kashmir valley which showed the intention of India to change the ground reality in an internationally recognised dispute, he commented.

The prime minister said in the last two years Pakistan had strongly opposed the illegal measures of India and openly supported the rights of oppressed Kashmiris.

Pakistan raised the issue of Jammu and Kashmir at all the forums including the United Nations, Organisation of Islamic Cooperation and during the bilateral meetings with the world leaders.

It was worth mentioning that the dispute of Jammu and Kashmir was considered in the Security Council of the United Nations for the first time in the last 55 years, he pointed out.

He said the Security Council took up the issue of Kashmir three times and rejected the claim based on lies that Kashmir was an internal matter of India.

Today, the United Nations and all international organisations had increased their condemnation of Indian measures regarding Kashmir.

“But this is not enough as a dossier released by Pakistan last month providing irrefutable evidence of inhuman behaviour of India, should be exposed before the world.”

He said it was the responsibility of the UN Security Council that it should ensure implementation of its resolutions on Kashmir so that Kashmiris could get their right to self-determination.