Waited 30 years to see Pakistan down India in a CWC game: Inzamam 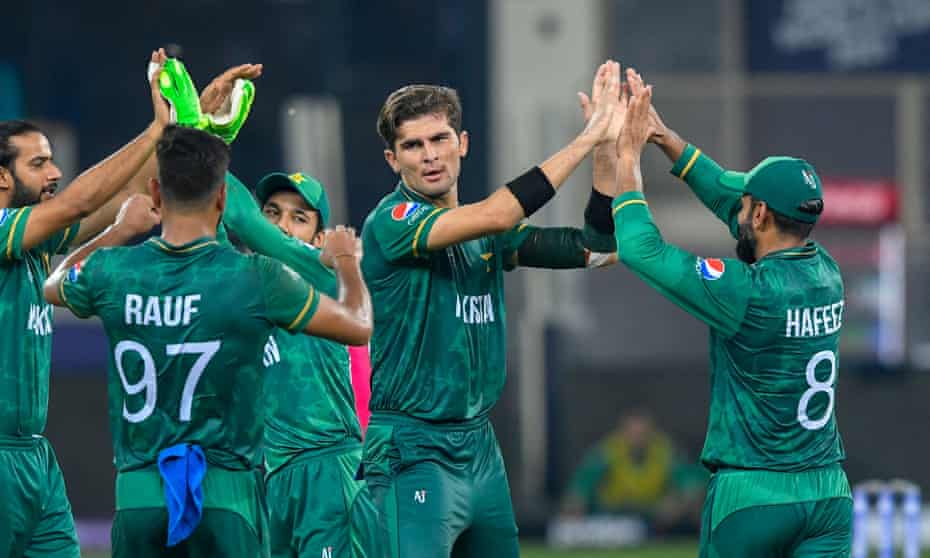 ISLAMABAD: Former Pakistani Skipper Inzamam ul Haq has waited 30 years to see Pakistan outplay India in a Cricket World Cup game, saying the Green-shirts have broken the myth and have made the whole nation proud by nailing a dominating victory against the Men in Blue in the extravaganza.

Pakistan absolutely dominated India in their T-20 Cricket World Cup opener and downed the Men in Blue by 10 wickets.

“I have been waiting for 30 years to see this victory. The players have done a tremendous job by breaking the myth that Pakistan cannot beat India in a World Cup match. I congratulate the whole nation and the team for the historic win against arch-rivals India.

These players played with full aggression and dominated from the start till the end. They didn’t let India make a comeback in the match,” he said while speaking at a programme on a private news channel.

“Pakistan’s performance has always been great in the UAE. The type of combination of players we have we can win the tournament,” he said.

He said the peak of a batsman comes after 30 years and Babar has yet to see that and he would mature with the captaincy.

“Babar and Mohammad Rizwan were very confident in the game and they knew how and what they were chasing. At the same time the way Shaheen Shah Afridi did the first over, he bowled on the target and took wickets,” he said.

Inzamam said India’s team looked under-pressure in the match. “It never seemed at any time in the 20 overs that India was coming in to charge against us. Pakistan had a very good plan against India. This win was a morale booster for the team to bring the World Cup home,” he said.

He said we have to give credit to the team management and Babar for selecting the team two matches prior as they knew what they were doing. “When the management and captain is clear then it sends a very good message to the players. The credit goes to head coach Saqlain Mushtaq also who managed the things so well,” he said.

“I have never seen a player play like the way Babar is playing. The way he is playing he will break all world records. Everyone has always praised Babar’s batting but now they will also praise his captaincy. This is a very good sign for Pakistan as Babar can do captaincy for the country for 10 years,” he said.

“We saw from the toss what confidence and body language Skipper Babar Azam had from the start. Every player knew their role in the match. Shaheen Shah Afridi knew he had to take wickets and he took. He got beaten in the practice match but he practiced and came back strong and took wickets against India,” he said.

He said Babar did a superb captaincy and used the bowlers very well. “When India were settling with their partnership in Virat Kohli and Rishab Pant, Babar brought in Shadab Khan who took Pant’s wicket. This was very important for Shadab’s confidence as taking Pant’s wicket at that time had boosted his morale,” he said.

Mushtaq recalled that when Babar after winning the toss gave an interview to Ian Bishop he clearly said that we were bowling first as there would be dew factor in the second innings and pitch will act good for batters.

“This shows that Babar knew what he was doing,” he said and added that we all see that Virat’s body language was aggressive but in the particular match he looked calm.

Former pacer Shoaib Akhtar said Pakistan has finally managed to win a World Cup match against India and has broken the myth.

“We don’t bluff and make tall claims before the match like India. We just played the match and took a comprehensive win over India,” he said.

The Rawalpindi Express said though India lost the match but I wish to see them in the final against Pakistan. “The World Cup has now just started for Pakistan.

Shaheen did very well and now India has seen that they couldn’t even take a single wicket, he said.

Pakistan was one of a kind team which was unpredictable and could do anything on the day.

Babar and Rizwan played comprehensive cricket and didn’t give any chance to India to make a comeback in the game,” he said.