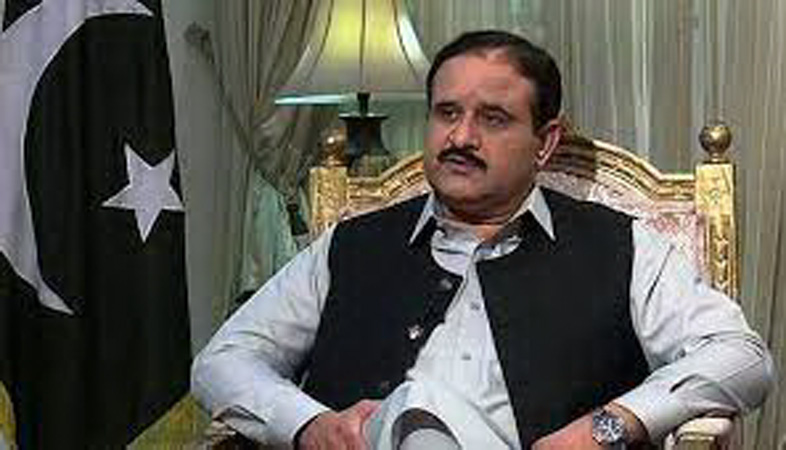 Punjab Chief Minister Sardar Usman Buzdar on Wednesday paid tributes to Pakistan Navy for thwarting the nefarious designs of Indian Navy and termed the Pak Navy officials as the pride of the nation.

In a statement, the chief minister said India had again exposed its wicked face to the world by making a futile attempt to intrude into Pakistan’s territorial waters.

“The nation is proud of the professional abilities of Pak Navy and the coward enemy shouldremember that the whole nation is fully united to give a befitting reply to any aggression,” he added.

He said that 220 million people were standing like a solid rock with the armed forces of Pakistan.

Earlier, the CM attended the Mehfil-e-Milad held at CMO’s Mosque on 12 Rabiul Awal to celebrate the blessed birth of Holy Prophet Muhammad (PBUH).

Auqaf Minister Saeed-ul-Hassan Shah delivered a speech to illustrate the glory of Holy Prophet Muhammad (PBUH) and prayed for peace, stability and solidarity of the country.

The blessed arrival of Holy Prophet Muhammad (PBUH) to this world has transformed the whole world as he (PBUH) laid the foundation of an Islamic welfare state by introducing far-reaching reforms in every sphere of life, the CM added.

Meanwhile, Buzdar visited various parts of the provincial capital without protocol to review the cleanliness situation. He drove his vehicle sans staff officer, security officer and official photographer and cameraman.

The CM expressed displeasure over the poor cleanliness situation in some areas and directed the Lahore Waste Management Corporation (LWMC) to improve the sanitation arrangements and cleanliness plan be monitored daily.

“No compromise would be made in this regard as I have been receiving complaints about the situation of cleanliness,” he said and reiterated that the provision of a clean environment to citizens was the responsibility of government.

Moreover, Buzdar visited the Kashana Welfare Home along with his family members on 12 Rabiul Awal and extended congratulations of Eid Miladun Nabi (PBUH) to the inmates.

He distributed gifts among the destitute girls staying there. The girls thanked the CM for taking care of them like his daughters. Upon their demand, the CM announced to arrange a visit of inmates to hill station Murree as official guests along with a study tour of Lahore city.

“I am duty-bound to take care of you and the government would continue to provide resources for looking after you,” he added.