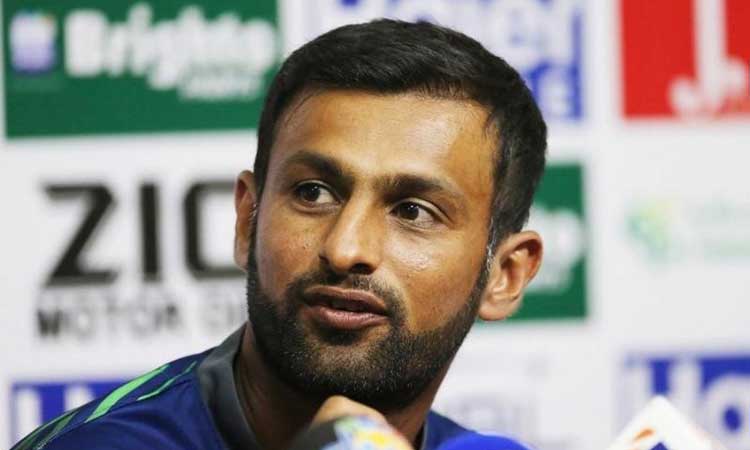 KARACHI: When Shoaib Malik takes the field for Pakistan in the Twenty20 World Cup, the 39-year-old all-rounder could be forgiven for feeling his age.When Malik made his international debut in 1999, current teammates such as pace spearheads Shaheen Shah Afridi and Mohammad Wasim Junior, and batsman Haider Ali were not even born.Vice-captain Shadab Khan was just one while skipper Babar Azam and fellow all-rounder Hasan Ali had both just turned five.Malik, still fighting fit, played his first one-day international against the West Indies at Sharjah in October 1999.

Legendary paceman WasimAkram, who led Pakistan in Malik’s first game, retired 18 years ago. “I remember when Malik came into the Pakistan team in 1999,” WasimAkramsaid. “I picked him up, he was a 16-17-year-old skinny guy and I initially picked him solely as a bowler and as a fielder and never knew that he can bat very well.”Malik, however, is not the oldest player at the World Cup – Chris Gayle, 42, who made his ODI debut a month before Malik, will be looking to steer West Indies to a third T20 title.

‘Life-saver for Pakistan’: “He (Malik) has turned out to be a life-saver for Pakistan in limited-overs cricket. Even now, when you talk about fitness, he is superb and trains so extensively,” added Wasim. “I think young players should see him as a role model as he is still competing with them in domestic events and that shows how mentally strong he has been. “He is looking good and that shows he wants to go on a high.”

Former teammate and captainShahidAfridi also believes Malik can contribute as Pakistan go in search of a second T20 World Cup title. “Good to see Shoaib Malik recalled for the T20 World Cup,” said Afridi. “As a senior and experienced player, he can contribute big time for Pakistan.”Babar Azam believes Malik will have a key role on and off the field in the United Arab Emirates. “His experience will be an asset. He is still one of the fittest members of the squad,” Babar said on Sunday. “We have to make a plan on including him in the playing XI.”Malik, whose career has seen a series of ups and downs, led Pakistan to a runners-up finish in the inaugural Twenty20 World Cup in 2007.

He was a member of the 2009 title-winning team and, after missing the 2010 event, featured in the last three editions.Despite calls from fans for his inclusion for this year’s showpiece, Malik was nowhere close to squad selection until last month.His 225 runs in seven domestic matches of the National T20 Cup strengthened his case but it was only after top-order batsman SohaibMaqsood was ruled out with a back problem that Malik sneaked into the squad at the last minute.Malik retired from Test cricket in 2015 and ODIs after a miserable 2019 World Cup in England, where he fell for eight and two ducks.He has already ruled out playing in the 2022 T20 World Cup in Australia.”I want to play the World Cup and go out on a high,” he said.Pakistan start their T20 World Cup campaign against old rivals India in Dubai on Sunday.