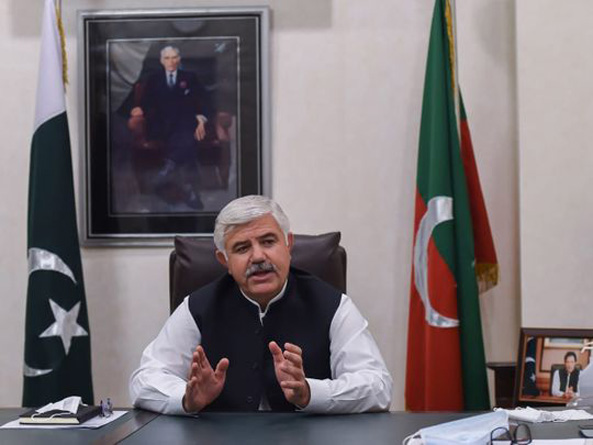 Khyber Pakhtunkhwa Chief Minister Mahmood Khan Saturday termed protection of forests necessary to address challenges emanating from climate change and said that society and stakeholders should work together for the noble cause.

He was chairing a meeting of forest department being convened to review overall performance of the department and measures to increase forest land and their protection. The meeting among others was attended by Provincial Minister for Forests Ishtiaq Urmar, Principal Secretary to Chief Minister Amjad Ali, Secretary Forest, Islam Zeb and other concerned officials.

The meeting was told that creation of 1,054 new vacancies has been approved for forest and environment department to enhance its overall capacity among which 687 vacancies are for settled districts and 367 for the newly merged districts (NMDs).

Similarly, special forest squad has also been approved to further strengthen forest check posts while work is in progress to equip these forests check posts with CCTV cameras and needed technology to curb the illegal transportation of timber.

It was told that comprehensive plan has been prepared for better and efficient management of pine nut forests in Chitral and other parts of the province as well as for its value addition and marketing.

It was informed that apart from the 10 Billion Tree Tsunami Project, work is underway to prepare an integrated natural resource management plan for other ecological zones of the province and a preliminary draft of ecotourism policy has been prepared while ecotourism activities have also been included in the forest management plans. Meeting was briefed that a recreational park is being set up in Kohat district under third phase of 10 Billion Tree Tsunami Project while legislation has been made for tree plantation on agricultural lands in the province.

Addressing the meeting, the chief minister directed authorities concerned to ensure maximum involvement of local communities for protection of forests. He also directed forest department to prepare an action plan within three months for revamping of forest development corporation to ensure effective and efficient management of forests. He also directed the concerned quarters to conduct consultancy to revitalize Pakistan Forest Institute on modern lines to make it modern research facility.

Mahmood Khan further directed authorities concerned for necessary steps to provide alternate energy resources to people of far flung areas so that cutting of forest for fire wood could be stopped.