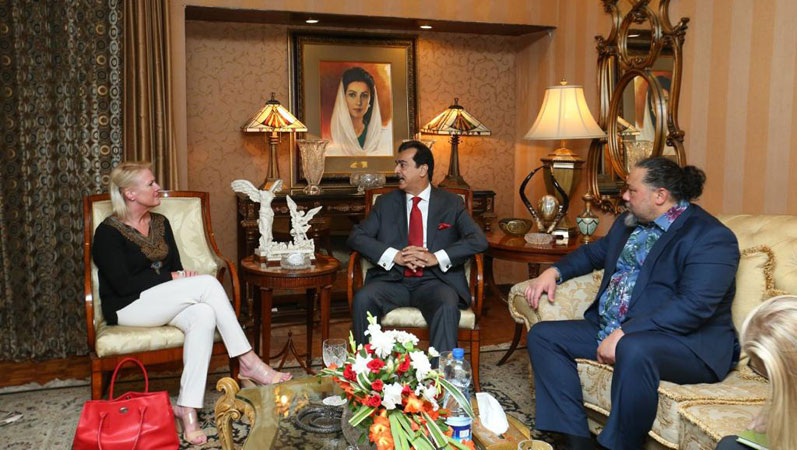 Angela P. Aggeler Charge d’affairs of the United States called on former prime minister and Leader of opposition in Senate Yousaf Raza Gillani at his residence in Lahore on Friday.

They discussed the importance and need for close US-Pakistan bilateral ties based on mutual respect and consensus. The former PM also discussed the evolving situation in Afghanistan and shared his concern over the humanitarian crisis that Afghanistan faces. Both sides agreed that every country must play its role to ensure that common Afghan citizens do not have to face more suffering due to worsening economic situation.

The former PM emphasised his leadership’s role in strengthening democratic institutions both in government and in opposition. “The PPP government was determined to evolve consensus for Pakistan to take action against all elements that were hostile towards the state of Pakistan,” he added. Later on, Gillani hosted dinner for the guests.