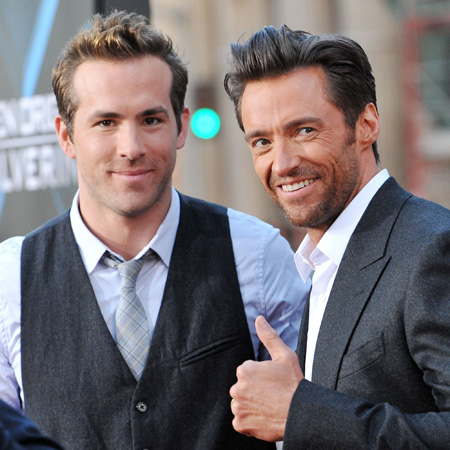 Australian actor Hugh Jackman turned 53 on Tuesday. He aced the role of Marvel mutant superhero Wolverine on the big screen so much so that people cannot think of the character without thinking of the actor. With his incredible physical presence, charisma, animalistic nature and those iconic retractable claws, Jackman’s performance throughout the X-Men series, right until Logan, has been second to none when it comes to comic-book cinema.

He announced Logan, which released in 2017, will be his swansong as the superhero. When the film, despite being R-Rated, became a huge success and was referred to as one of the greatest superhero films of all time, fans began to clamour for his return.

But it’s not just his fans. Ryan Reynolds, who plays the role of Deadpool in Marvel movies, once called him “selfish” for not coming back as Wolverine. In 2018, while quoting an article about Jackman ruling out his return, Reynolds said on Twitter, “I see @RealHughJackman is no longer allergic to selfish.”

However, Jackman has made it clear he is done with the character. And it appears not even Reynolds can make him change his mind.

It’s understandable for an actor wanting to go out as a well-loved character on a high, and conclusions of a character rarely get better than Logan.

Whoever follows Reynolds in the role will have his work cut out for them. For Jackman’s performance was so extraordinary, so committed, and so definitive despite major differences like height (Wolverine is supposed to be short, and Jackman is anything but) that it is hard for most to see anybody else in the same avatar, however good they happen to be. Incidentally, Jackman has nominated Tom Hardy for the role, which might be difficult since he is already playing the role of Venom in Sony’s Spider-Man universe.