Suzhou Industrial Park a model for construction of SEZs in Pakistan 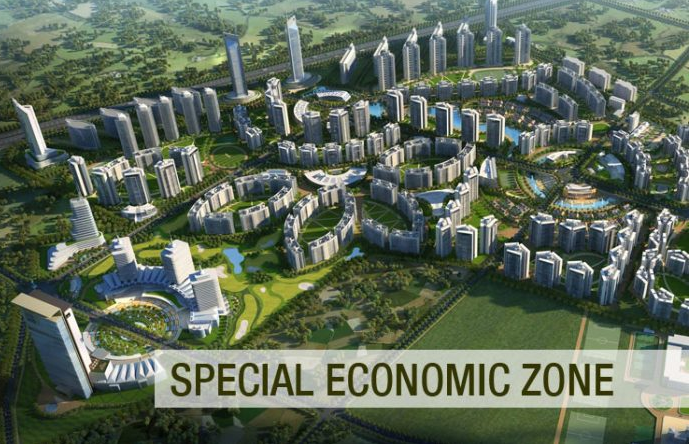 Ahmed Shahzad completed his Masters Degree in Chinese Economy at RUC Silk Road School (SRS) last year. The School, located in China’s eastern city Suzhou, which is one hours drive from the country’s economic center Shanghai, allows him to feel the dynamic impulse of China’s economy in person.

“While living in Suzhou, I witnessed the progress, magnitude, and importance of Suzhou Industrial Park (SIP) very closely”, Ahmed said in an interview with China Economic Net (CEN). Covering an area of 278 square kilometers, SIP is acclaimed as an important window of China’s opening-up initiative. For five consecutive years from 2016 to 2020, it ranked first among all the national-level economic development zones in China.

The development of industrial zones, parks, or export processing zones play a very important role for developing countries and are pivotal to attract foreign investments. SIP is such a masterpiece that registers impressive annual growth in key economic indicators, appraised Ahmed. He is happy that the Chinese experience can be brought to Pakistani SEZs. Pakistan’s journey of SEZs was a little late, but much progress has been made so far.

After adopting the concept of SEZ with the commencement of the SEZ Act 2012, the Pakistani government has been encouraging national and foreign investors to set up industrial infrastructures focusing on export, import-substitution, transfer of technology, and employment generation. I think these are shared practices by Pakistani and Chinese policymakers in terms of SEZ establishment, Ahmed observed.

So far, 24 SEZs have been approved or notified, and nine are proposed under CPEC. Set up by the Federal or Provincial Governments themselves or in collaboration with the private sector under different modes of public-private partnership or exclusively through the private sector, SEZs offer an assortment of fiscal incentives such as one-time exemption from customs duties and taxes for certain goods and exemption from all taxes on income for ten years.

A series of strategies such as the Pakistan Regulatory Modernization Initiative Strategy (PRMI), Special Economic Zone Management System (SEZMIS) & Investor Relationship Management System (IRMS) were newly launched this year to provide a friendly business environment, especially for Chinese enterprises to relocate their businesses under CPEC industrial cooperation. “Our seniors frequently meet with high-level Chinese officials to open up new horizons of cooperation”, Ahmed said. Coming back from China, his connections with China was not severed hence.

No doubt, living and discovering China can give you an immense experience to reshape your life and work style, and its impacts last long in one’s personality. With an eagerness to learn about China’s ever-increasing economic and political success on the world stage, infrastructural development, and especially the logic behind the Belt and Road Initiative, Ahmed not only attended a comprehensive set of courses to introduce the Chinese economy, politics, governance model, international cooperation, culture, and history while studying at SRS but also had the opportunities to visit the mega-companies, organizations, cuisine sites, etc. in different parts of the country to feel the Chinese characteristics.

Among the multiple inspiring occasions, he was particularly impressed by the Global Mentors Program initiated by SRS for international students where he felt lucky to have Ms. Zhang Yanling, former Executive Vice President, Bank of China as his Mentor, who shared with him her valuable experience in life and work, the progress of China’s financial system, and future cooperation approaches. “If one intends to learn the logic behind China’s success and to make his/her future in the Chinese mainland, he/she must learn the language first and explore China as much as possible.

Chinese people are very peaceful, down-to-earth, and always ready to help. I admire their business ideas and especially the materialization of the world’s biggest E-commerce market. I still miss very much my Taobao packages”, he added.