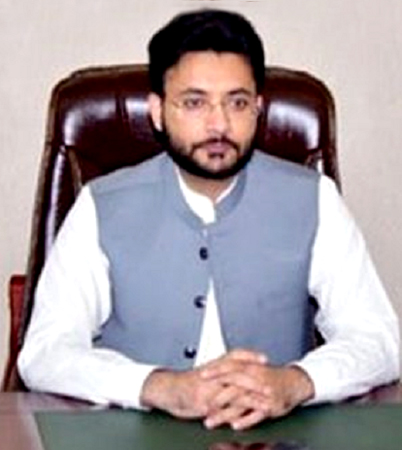 Minister of State for Information and Broadcasting Farrukh Habib said on Monday that Pakistan People’s Party (PPP) and Pakistan Muslim League-Nawaz (PML-N) were making excuses for the past four years for not providing details of foreign funding, but PTI would present facts in front of the nation.

Talking to media outside Election Commission of Pakistan, he said according to State Bank of Pakistan, the PPP had 7 accounts whereas PML-N had 12 accounts. “These are the people who are hiding behind the delay,” he said adding that the opposition party accounts were used for money laundering.

He said that the chartered accountant firm and the PML-N wanted to hide their accounts from the nation, but PTI would present facts in front of the nation.

Farrukh said Nawaz Sharif’s accounts were also used for money laundering and his party took money from mafia for its own interests.

The minister said that the PML-N and the PPP had always considered themselves above the law, but now both the parties have fallen in the same pit which they had dug for the PTI.

He said now Bilawal Bhutto would now know how many fake accounts his party had. He said that millions of rupees were deposited in the fake accounts belonging to PPP and PML-N.