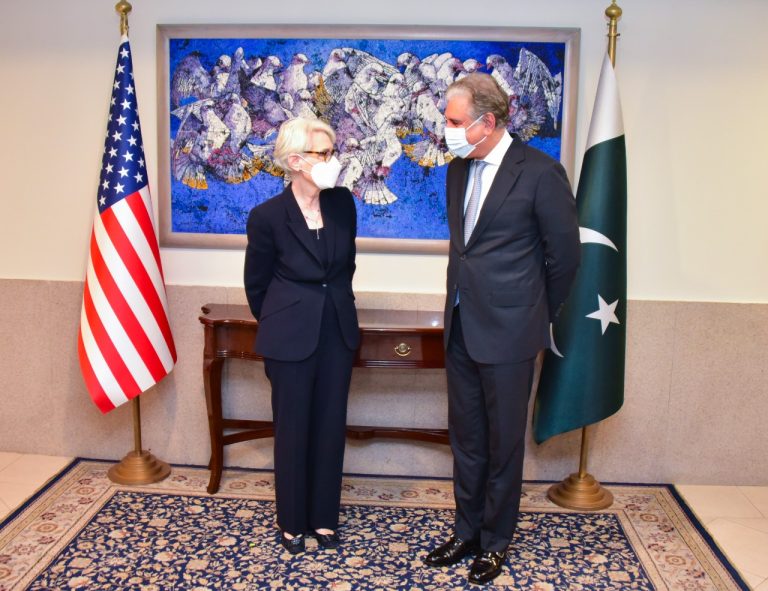 ISLAMABAD: On Friday, during the meeting with a US delegation led by Deputy Secretary of State Wendy Sherman, Foreign Minister Makhdoom Shah Mahmood Qureshi expressed his views by stressing on the need for a peaceful solution in Afghanistan. He said that Pakistan and the United States had convergent view-points.

Foreign Secretary Suhail Mahmood senior officers of the Ministry of Foreign Affairs were also present in the meeting during which bilateral relations as well as the matters relating to Afghanistan and regional peace were discussed.

US Secretary of State also appreciated Pakistan’s assistance for the evacuation of American and other nationals from Afghanistan and the continued efforts for peace in the region.