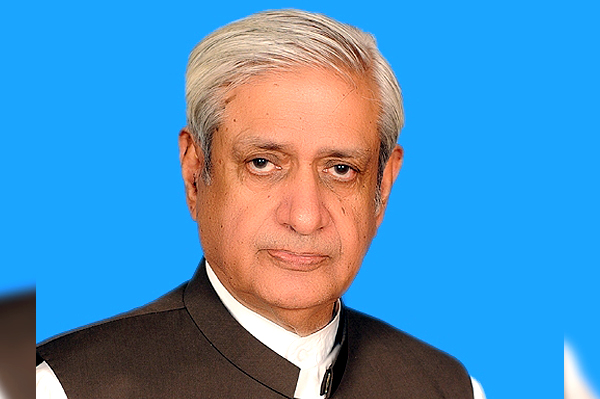 He was addressing a ceremony virtually held in connection with World cotton day here at Central Cotton Research Institute (CCRI) here on Thursday. He said,” Cotton which is also known as ‘white gold’ was the main crop which contributes lion’s share to country’s economy but unfortunately its production had been gradually reducing in the last few years.”The minister informed that only 4.5 million cotton bales were produced last year which was the lowest production in the country’s history.

Fakhar Imam said that timely steps taken this year would achieve the set target of 8.46 million cotton bales as 3.8 million bales production was recorded by last month. Minister said that the incumbent government had announced Rs 5,000 per 40 kg cotton support price for this year and added that the cotton growers were getting better cotton prices. He stated that all-out efforts were being made for the revival of ‘white gold’ despite the cotton cultivation area was reduced by 17 percent this year as compared to the previous year.

Mr. Fakhar said that cotton production could be enhanced further by proper management and using quality inputs and special focus would be paid to qualitative cotton seed to meet the next year’s targets. He said that bumper cotton production of three crops including wheat, maize, and sugarcane was recorded this year and hoped that the country would also get better productions of other crops. The minister said edible oil-related crops were being paid more attention for maximum production of oil adding that Pakistan had been importing 3 billion US dollar edible oil per Anum.

Provincial Minister for Agriculture Syed Hussain Jehania Gardezi said that the incumbent government had realized that cotton was a major crop of the country and steps were being taken for its revival to strengthen our economy. He said that the biotechnology mechanism was being adopted instead of the chemical method to decrease the cost of production for cotton growers.

He said that an integrated pest management (IPM) system would be introduced on large scale to minimize the usage of pesticide and environmental pollution. Secretary agriculture South Punjab Saqib Ali Atil said that cotton production targets could be achieved by taking all stakeholders on board. He said that the agriculture department was striving hard to enhance per acre cotton production and the agriculture extension staff remained active to provide proper guidance to cotton growers.