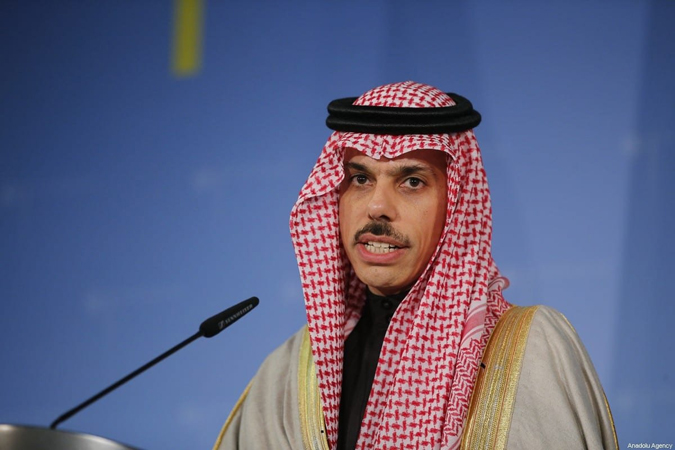 Muslim Shiite-majority Iran and Sunni powerhouse Saudi Arabia, on opposing sides in multiple Middle East conflicts, have been engaged in talks since April at the highest level since cutting ties in 2016.

Saudi Foreign Minister Prince Faisal bin Farhan said on Sunday that “the fourth round of talks took place on September 21”.

“These discussions are still in the exploratory phase, and we hope that they lay the foundation to address issues between the two sides,” he said in Riyadh during a joint press conference with EU foreign policy chief Josep Borrell.

Prince Faisal did not disclose the location of the meeting or the level of representation, while Borrell welcomed the talks between Saudi Arabia and Iran.

Iraqi sources said last month that officials from both countries had met recently in Baghdad.

The discussions, hosted by Iraq as it seeks to act as a regional mediator, were launched under Iran’s former, moderate president Hassan Rouhani, who was replaced in August by Raisi.

US ally Saudi Arabia and Washington’s arch-foe Iran are at odds over several regional issues, including the wars in Yemen and Syria.

Borrell said that he addressed the Yemeni situation during his visit to Riyadh, where he will also meet with Yemeni President Abedrabbo Mansour Hadi.

“What is happening in Yemen is a terrible tragedy for the people there and it has also impact on the whole region,” Borrell said. Saudi Arabia intervened in the Yemen war on behalf of the internationally recognised government in 2015, shortly after the Iran-backed Huthi rebels seized the capital Sanaa.

The insurgents have repeatedly targeted the kingdom in cross-border attacks.

Yemen’s grinding conflict has claimed tens of thousands of lives and displaced millions, resulting in what the United Nations calls the world’s worst humanitarian crisis.

While the UN is pushing for an end to the war, the Huthis have demanded the re-opening of Sanaa airport, closed under a Saudi blockade since 2016, before any ceasefire or negotiations. afp

Meanwhile, Iran’s foreign minister has called on the United States to unlock $10 billion of Tehran’s frozen assets to clear the way for a return to a nuclear deal with major powers.

If the Americans have “true intentions, let them release some of our assets, for example $10 billion frozen in foreign banks”, Hossein Amir-Abdollahian said in an interview with state television broadcast late Saturday.

“But the Americans are not prepared to unlock them for us to be assured that they’ve taken into account the interests of the Iranian people at least this one time over the past decades,” he said.

Amir-Abdollahian also warned that Tehran would sue South Korea if it continued to refuse to honour a debt of almost $8 billion for purchases of Iranian oil.

“US pressure (on Seoul) is a fact but we cannot continue… to turn a blind eye to this question,” he said, adding the government would allow the central bank to take legal action against two South Korean banks holding the funds.