Want the investigation of Pakistan’s role in Taliban victory: US Senators 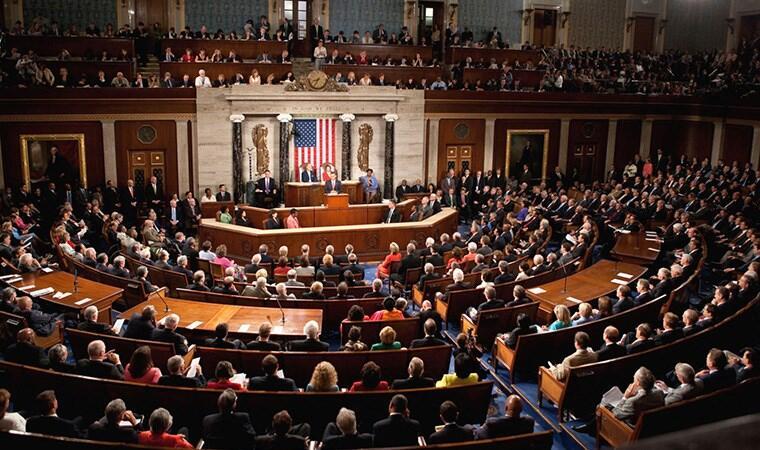 American senators have tabled a bill in the US Senate, demanding a deeper investigation into the Taliban’s victory in Afghanistan. And also sanctions on the group as well as those who assisted them in driving out the Ashraf Ghani-led regime.

The ‘Afghanistan Counterterrorism, Oversight, and Accountability Act’ seeks to establish a task force. The force will focus on continued evacuation of American citizens, legal permanent residents and Special Immigrant Visa holders from Afghanistan.

Introduced by 22 American Republican senators, the bill seeks to tackle issues related to the Afghan withdrawal. Such as counterterrorism strategies and sanctioning the Taliban for alleged human rights abuses in the country.

“Not later than 180 days after the date of the enactment of this Act, and not less frequently than annually thereafter, the Secretary of State, in consultation with the Secretary of Defense and the Director of National Intelligence, shall submit to the appropriate congressional committees a report on entities providing support to the Taliban,” the bill read.

The bill further seeks a probe into support for the Taliban. Allegedly by non-state actors and the government of Pakistan into the Panjshir Valley operation. It was by the group and against their military offensives targeting the Afghan resistance.

“A detailed description of United States diplomatic and military activities undertaken to curtail support for the 2021 offensive of the Taliban that toppled the Government of the Islamic Republic of Afghanistan,” it added.

‘We face a renewed threat against the US’

Ranking member of the Senate Foreign Relations Committee, Senator Jim Risch, said that American citizens and Afghans were stranded in Afghanistan. Adding that “we face a renewed terror threat against the United States”.

He said it was wrong of the Taliban to seek recognition and acceptance at the UN. As they suppress the rights of Afghan women and girls!

The bill says that the US and the Taliban signed an agreement in February 2020. The two sides had committed to a reduction in violence in Afghanistan. And also engaging in talks with the Afghan government and providing counterterrorism guarantees.

“The Taliban failed to meet their commitments,” the bill says.

The bill further states that the US withdrawal from Afghanistan may cause the country to descend into further chaos. And it might become a safe haven for militants and terrorists such as Al-Qaeda or the Afghanistan chapter of Daesh.

The bill requires the State Department to provide a quarterly briefing and submit an annual report detailing lessons learned. Including lessons related to the evacuation of American citizens, and lawful permanent residents. And also applicants for the special immigrant visa program, from Afghanistan.

US influence on Taliban

The bill has called upon the US government to not recognise any diplomatic credentials of a person who is a member of the Taliban. This also includes the ambassador of Afghanistan to the US.

The bill also wants the US government to back a resolution on human rights abuses committed by the Taliban. It will be at the United Nations Human Rights Council. Bill also calls for the immediate deployment of human rights monitors to Afghanistan under the special procedures of the Council.

‘This was never our war, Pakistan being scapegoated’

Pakistan’s Minister for Human Rights Shireen Mazari lashed out at the American legislators for tabling the bill. She said that once again, they are punishing Islamabad for being America’s ally in the War on Terror.

She said despite being in Afghanistan for 20 years, the US government has left behind “no stable governance structures”.

“Pakistan is now being scapegoated for this failure.This was never our war; we suffered 80,000 casualties, a decimated economy, over 450 drone attacks by our US ally,” she tweeted.

She asked the US to introspect, wondering whether the massive $2 trillion invested by the US had been spent.

“US Senate shd do serious introspection: Where did $ 2 trillion disappear? Why did the heavily-invested-in ANA simply dissolve? Who asked Pak to free TTA leadrship? Who signed Doha agreement with TTA & hosted them in DC?”

She then urged Western countries to look at their own failures rather than blame Pakistan for them.

“Enough is enough. It is time for those powers who were present in Afghanistan to look to their own failures instead of targeting Pakistan which paid a heavy price in lives lost, social & economic costs, refugees – all for being an ally & suffering constant abuse, in a war that wasn’t ours,” she tweeted.