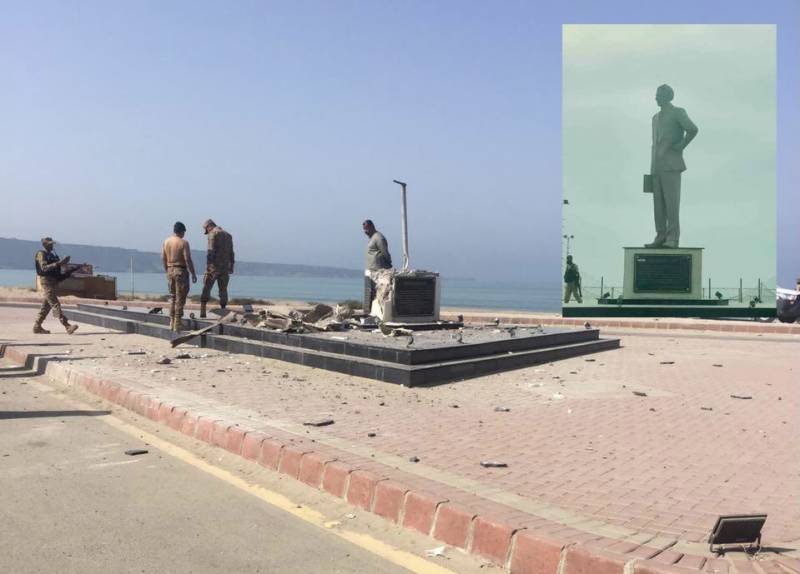 A statue of Quaid-i-Azam Mohammad Ali Jinnah was destroyed in a bomb attack in Gwadar.

Officials of the Counter-Terrorism Department (CTD) said some militants planted an explosive device beneath the statue and blew it up. The banned Baloch Libe­ration Front claimed responsibility for the bombing. A case has been registered at the CTD Gwadar police station under section 7 of the ATA and Explosives Act. According to the officials, the statue was completely destroyed.

Balochistan’s former Home Minister Sarfraz Bugti tweeted, “The demolition of Quaid-e-Azam’s statue in Gwadar is an attack on Ideology of Pakistan. I request authorities to punish the perpetrators in the same way as we did with those behind the attack on Quaid-e-Azam residency in Ziarat.”