* Interior minister says PM Khan presented a true picture of Afghanistan, covering all aspects logically in his address to UNGA 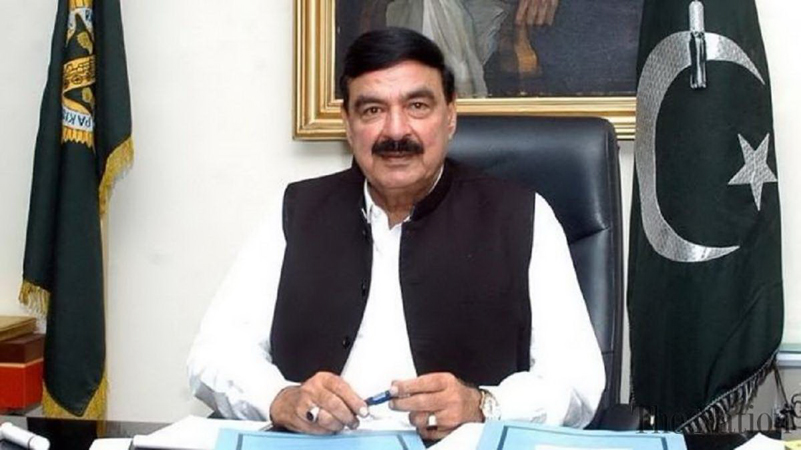 Commenting on Indian Prime Minister Narendra Modi’s speech to the UN General Assembly, the minister said that this short and poor speech was not up to the standard of such a big global forum.

“Modi was speaking just like a union council leader, who failed in proper marketing of Indian COVID-19 vaccine to convince world leader to purchase it,” the interior minister said.

Sheikh Rashid added,”Modi talked about minorities in Afghanistan but he didn’t say anything about what is happening with minorities in India, who are living in such miserable conditions.”

He said, “I’ve never heard in entire my political life such a low-standard, boring and disarrayed speech at an esteemed forum like the UNGA.”

Commenting on Prime Minister Imran Khan’s address to the UN General Assembly, he said the premier boldly told the world leaders about the role of superpowers in taking Afghanistan to its current stage, while the PM also discussed the causes of increasing social and economic instability in the world.

The interior minister said PM Khan has presented a true picture of Afghanistan, covering all aspects logically and confidently in his address to the UN General Assembly.

He said that the PM has narrated the whole background of the prevailing situation in Afghanistan right from the role of superpowers to the Afghan Taliban. “PM Imran Khan told the world that it was not Pakistan but actually the USA and other countries behind all what happened in Afghanistan,” Sh Rashid added.

He said Imran Khan has clearly apprised the world that Pakistan had to face a hard time on extending its support to the USA and allied forces. “PM Imran Khan told the world how Pakistan faced terrorism independently when the USA left Pakistan at a time when terrorism was on its peak.”

He said that Pakistan’s appeal to world leaders on not leaving Afghanistan alone at this stage shows PM’s feeling of love for humanity.

Sheikh Rashid said that the prime minister once again exposed the fascist face of Modi’s India, its discriminatory policies with minorities and the Indian army’s insolence with the dead body of senior Kashmiri Hurriyat leader Syed Ali Geelani.

Sepately, Sheikh Rashid in a statement warned that the government would impose several restrictions on citizens who failed to receive their second dose of the anti-Covid vaccine by September 30.

The minister lauded the National Command and Operation Centre (NCOC) for its efforts to comabt coronavirus, saying the high-level forum was appreciated across the world.