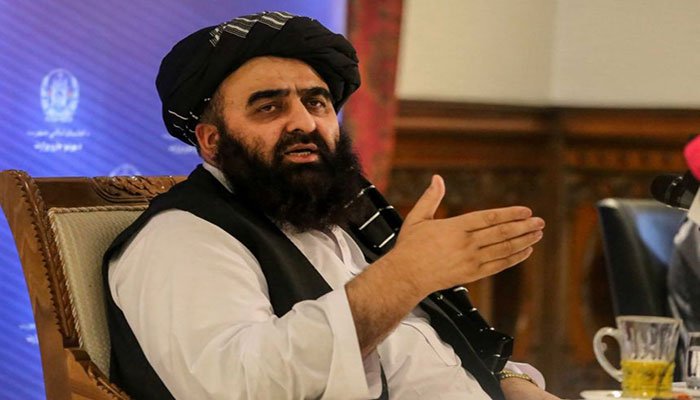 The Taliban’s new foreign minister has asked to address world leaders. He wants to address at UNGA meeting in New York, a UN spokesman said Tuesday.

The ambassador of the Afghan government ousted by the Taliban last month has also requested to speak with the UN yet to decide who will represent the country at the world body.

A nine-member credentials committee will now rule on the dueling requests, UN spokesman Stephane Dujarric told AFP. But it is unclear whether the committee will meet before the end of the convocation on Monday.

UN Secretary-General Antonio Guterres received a letter from Taliban-appointed Amir Khan Muttaqi. In the letter, he was “requesting to participate” in the high-level debate, Dujarric said.

It was dated Monday September 20 — the day before the session got underway — and listed Muttaqi as “Minister of Foreign Affairs,” he added.

The letter did not specify whether Muttaqi wanted to travel to New York to speak or whether the Taliban would submit a recorded video message. Because many leaders are doing this year due to Covid-19.

The letter also indicated that Ghulam Isaczai “no longer represents” Afghanistan at the United Nations.

He was the ambassador to the UN of the Afghan government. The government is no longer in power since August as US military troops exited the country, ending 20-year war.

The letter said that the Taliban had nominated their Doha-based spokesman Suhail Shaheen as Afghanistan’s permanent representative to the UN.

The note, titled “Islamic Emirate of Afghanistan, Ministry of Foreign Affairs,” said that Taliban ousted Ghani on August 15, the day he fled the country.

“Countries across the world no longer recognize him as president,” the letter said, according to the UN.

The UN spokesman also said that Secretary-General Guterres had received a separate letter from Isaczai, dated September 15, containing the list of Afghanistan’s delegation for the session.

The committee has in the past refrained from making a decision. Instead referred it to the General Assembly for a vote, a diplomatic source told AFP.

No government has yet recognized the Taliban government. Governments are first demanding that it meet commitments on human rights, but some have made positive noises.

“The pragmatic, political view is that there is a new reality. And if you want to ignore that, that’s your choice,” Shah Mahmood Qureshi, foreign minister of the Taliban’s historic backer Pakistan told reporters Monday, stopping short of calling for legal recognition.