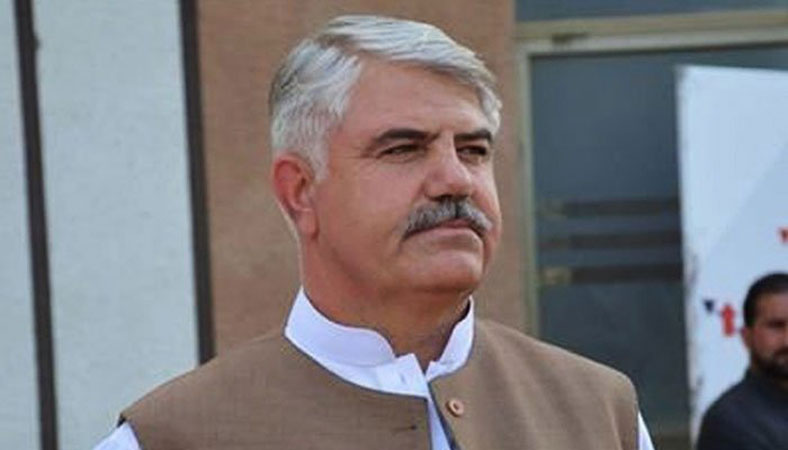 PESHAWAR: Chief Minister Khyber Pakhtunkhwa, Mahmood Khan has said that besides ongoing initiatives against terrorism and anti-state activities, there was a need to be more vigilant on local level for best law and order prevalence in the province.

Chief Minister was presiding over a high level meeting held to review the overall law and order in the province here on Tuesday. The meeting was attended by Chief Secretary KP, IGP, divisional commissioners, Regional Police Officers and officers concerned.

The meeting, held in the wake of two unfortunate incidents in which at least 19 people were killed in Dir district, was briefed in detail on overall law and order of the province and plans to maintain the peaceful atmosphere.

The meeting was apprised on possible effects of a changing situation in neighboring Afghanistan in Khyber Pakhtunkhwa and preparations of law enforcing institutions to tackle the situation. The meeting also reviewed implementation on decisions taken at the last meeting for maintenance of law and order in the province.

The meeting was told that during the last few months no incident of extortion was reported from the province while under National Action Plan 2631 cases have been registered. During the last 35 days 6133 illegal weapons were recovered while 250 cases were registered during actions against land mafias.

The meeting was further told that during various actions 2695kg of narcotics were seized while the reconciliation councils were further functionalized in all the KP districts to address issues related to property ownership.

To bring a change in conventional ‘thana culture’ it was told that Insaf Centers were being introduced at police stations and a special force was constituted to provide security to the worship places of the minorities.

To provide proper security to the anti-polio workers, the meeting was told that if needed, in future FC personnel would be deputed for the purpose and the Federal Government would be contacted in this regard. The meeting also decided to revisit the security affairs for educational and major health institutions of the province.

It was decided that to bring some needed reforms and amendments in CPRC, a committee comprising all stakeholders would be constituted to present recommendations to the central government.

It was further decided at the meeting that reconciliation councils would be further functionalized to address property and other issues between the families in Khyber Pakhtunkhwa. Chief Minister said that deaths due to firing in funerals and jirgas at Dir district were much regrettable and there was a dire need of making cogent efforts to avert recurrence of such incidents in future.

He said there was a need for preparing a proper mechanism to prevent such incidents of firing between groups on the occasions of funerals, Jirgas and other gatherings. He said the purpose behind holding jirgas was to maintain peace among local people and carrying arms in these meetings must be stopped.

To check recurrence of such incidents, the CM said police must be further activated on their station level. Chief Minister was of the view that action against miscreants and criminals should be further geared up to purge the society of such elements.