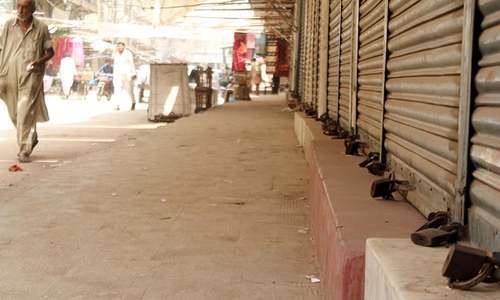 ISLAMABAD: After the presidential ordinance to impose additional taxes and forcing sales tax registration of traders, the traders have decided to hold a strong protest against this decision outside the Finance Ministry in Islamabad on September 27, Daily Times reported.

“The traders will surround the premises of the Ministry of Finance on September 27 to register their protest.” Markazi Tanzeem Tajran Pakistan President Muhammad Kashif Chaudhry said on Sunday.

While addressing a press conference, Kashif further said that the traders would gather from across the country and reach Islamabad to record their protest, forcing registration of traders and installation of point of sale machines.

He maintained that the announcement of the presidential ordinance regarding new taxes was not fair in presence of the Parliament. He questioned that before taking this decision, why the trader’s community were not consulted?

“Neither the government brought this issue of taxes in the Parliament nor it consulted the traders’ community,” Kashif Chaudhry added. He told that before gathering in Islamabad, they would also hold a national traders convention in Multan on the 23rd of this month.

Kashif Chaudhry lamented that the government has failed to fulfil its promises as earlier the government agreed with them on the constitution of committees with the representation of traders’ communities, bringing the rate of turnover tax at 0.25%, abolishing withholding tax gradually and reducing the sales tax to 17%.