* Eastwood, famous for the man with no name character, is with a name in this western drama 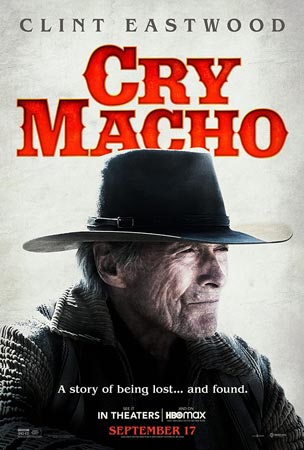 In 2018, Clint Eastwood, then 88, directed a movie ‘The Mule’ in which he played a lead of horticulturist based on the story of World War II veteran Leo Sharp.

In 2021, at the age of 91, Eastwood came up with Cry Macho, where again he played the lead role and directed it. This shows the dedication of Eastwood toward his work. Even at the age of 91, nothing is going to stop him, though the two times Academy Award winner’s direction has been affected. Age might be the main reason. It’s his 45th movie as a director and 72nd movie as an actor.

Eastwood famous for the man with no name character is with a name in this western drama. Cry Macho is based on the novel of N Richard Nash, although there have been manifold endeavours for this project before Clint Eastwood’s adaptation which took almost 30 years to make its way to the big screen. In 1988, Albert S Ruddy, first gave Clint Eastwood the opportunity to star. Eastwood instead opted out to reprise his role as Dirty Harry in The Dead Pool. So it was rejected by Clint himself at first. Then, in 1991, production on an adaptation began in Mexico with actor Roy Scheider in the lead role, but the project was eventually scrapped soon after. Another attempt in 2011 happened when Arnold Schwarzenegger was set to play lead character in another planned adaptation, but the project was cancelled before production could get very far. Finally, the rejection was accepted and the movie was released in 2021.

Story revolves around Mike Milo, a retired rodeo star, who is now exempted from the job by Howard Polk. After a year Howard meets Mike to run him some errand, as Mike owes him for he helped Mike when his family died in accident so he was the one who saved him. Howard gives him a job to kidnap his son, not actually a kidnapping, and bring back his 13-year-old son Rafael, whom he hasn’t met or seen for six years.

Upon reaching Mexico, Mike meets Rafael’s mother Leta, a whore who also tries to seduce a 91-year-old man. He is not macho anymore but in the film two women falls for him as he is following his ritual and old style, might be thinking that he is still in the era of 70’s, which in my opinion was element of absurdity.

Leta tells Mike about Rafael, that, he has become a monster, is involved in street crimes and participating in rooster fight. Contrary to Leta’s point, Rafael is abused by her that’s why he chose to live his life in streets earning from rooster fights.

The funny thing is that Macho is the name of Rafael rooster. After meeting Rafael, Mikes tells him that his father wants to see him. He agrees and the adventure begins. After toppling some barriers and obstacles during the road trip the pair meets Marta, who agrees to let them stay for the night. She is the second woman who falls for Mike, but the romantic aspect doesn’t work in my opinion.

Story revolves around Mike Milo, a retired rodeo star, who is now exempted from the job by Howard Polk. After a year, Howard meets Mike to run him some errand, because he owes him for helping out when his family died in an accident

The movie has many glimpses of A Perfect World also directed by Clint Eastwood, in which serious kidnapping, unlike Cry Macho, took place. It is also reminiscent of Gran Torino but with a boy. Don’t be deceived by its title for it’s not a Sergio Leone’s spaghetti western where Mexican standoffs took place but it’s a movie without a gunshot.

What ensues is a sublime Road Trip movie crafted with peaceful pace. The films location subtle beauty shines for sure, Eastwood continues to amaze. Being a biased fan of Eastwood, I will not rave about it, but suggest you to watch. If you’re not a fan, I doubt you’ll appreciate it. It’s not his finest but averagely good. Contrary I think he should retire from now on, it’s very depressing to see your hero with his gruff voice. The good part about the movie is that it has same humour as in all of Eastwood movies

At the end of the journey Mike describes what its being like a macho which summarizes the life: Rafael says to Mike that, “You used to be tough. Now you are weak. You use to ride horse. You were something.

You used to be strong. Macho. Now you are nothing.” He replies, “Well, I used to be a lot of things, but I’m not now. And I’ll tell you something. This macho thing is overrated. Works perfect for him, but it’s overrated. Just people trying to be macho to show that they’ve got grit. That’s about all they end up with. And you sit there and let a bull step all over you, and you let a horse throw you 50 feet in the air. What an idiot. Only an idiot would be in a profession like that. It’s like anything else in life.

You think you got all the answers, and then you realize as you get old, that you don’t have any of them. By the time you figure it out it’s too late.