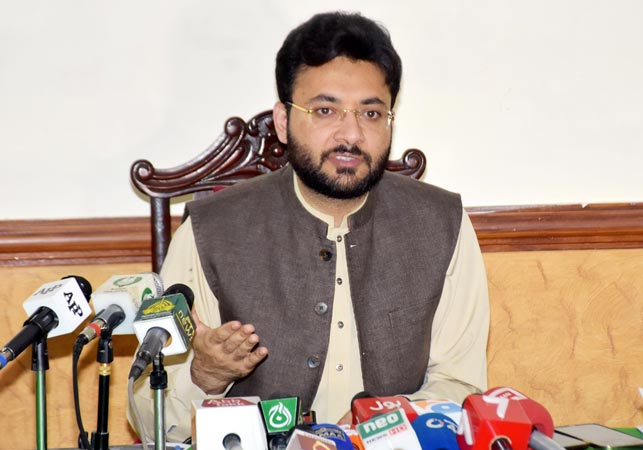 State Minister for Information & Broadcasting Farrukh Habib has said that Pakistan has adopted an independent and impartial foreign policy for the first time, which has paved the way for its recognition at the international level.

He was talking to the media after distributing interest-free small loan cheques among the needy people under the aegis of Akhuwat Foundation in Madani Masjid Samanabad, here on Saturday.

He criticised a tweet of Maryam Nawaz, who quoted the tweet of Imran Khan that he (PM) will ensure respect and prestige of the green passport. Its attribution is very disturbing as the government has provided the best possible security to the New Zealanders, but they decided to cancel the cricket series and returned to their country abruptly, he said. He added that the act was highly disappointing for the Pakistani nation while other cricket-loving countries had also expressed solidarity with Pakistan.

He said that ironically Maryam Nawaz presented the situation in a strange way to please the Indians. He said the offenders who have slipped out of the country must not interpret this situation with Pak integrity.

He said the leadership of the PML-N was a goof who was unable to face the international community. “Their chits were lost while talking to the international media,” he said and added that during the Bombay attack, Nawaz Sharif admitted that Ajmal Qasab was a Pakistani.

He said that they must shun myopic approach and promote nationalism to elevate the image of Pakistan at international level.

He said that they remained mum during the arrest of KulbhushanJadhav whereas Imran Khan was a bold leader who condemned the drone attacks bluntly. Very recently, Imran Khan rejected the demand to use Pakistani soil to attack Afghanistan by saying “Absolutely Not”.

He said Pakistan is currently pursuing the best foreign policy and because of our lobbing, Danish premier and foreign ministers of the UK, Italy and Spain talked to Prime Minister Imran Khan and thanked him for his coopearation in resolving the Afghanistan and other international issues prudently.

The state minister said the PML-N leaders had a deep-rooted enmity with Prime Minister Imran Khan, who promoted the image of Pakistan at the international level. The premier is committed to promoting green flag and green passport in the comity of nations, added Farrukh Habib.

About prime minister’s visit to Tajikistan, he said it was a great success, adding that Pakistan is now taking new initiatives to establish an inclusive government in Afghanistan so that 40-year-old crises in that country could come to an end.

About appreciation of dollar, he said that it had a global factor like corona, but despite all those crises, the Pakistan government had been trying to facilitate its people by passing on minimum impact to masses.