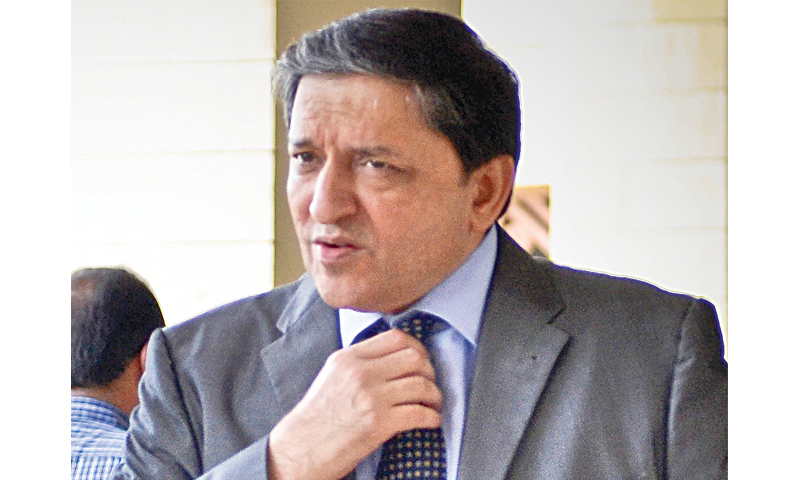 ISLAMABAD: Saleem Mandviwalla, the chairman of the Senate standing committee, in a meeting asked the government to speed up the China-Pakistan Economic Corridor (CPEC) projects as Beijing is “not happy with the current progress,” Daily Times reported.

“According to my sources, the Chinese are not happy with the current progress of CPEC projects as they have approached me to help remove the bottlenecks,” he said.

Saleem yenned the prime minister’s aide to also remove bottlenecks from various mega projects, such as the up-gradation of the ML-1 project and completion of other hydropower projects, within a suitable time.

The chairman further asked Khalid Mansoor, the Special Assistant to Prime Minister on CPEC Affairs, to ensure that the projects complete on time.

“My number one priority is to regain the Chinese confidence,” Khalid Mansoor responded, adding that he had personally met representatives of 40 out of 135 Chinese companies working in Pakistan.

“I will take responsibility for the implementation of the projects and I will go personally to all the concerned ministries and divisions to implement the CPEC projects,” he added.

Madnviwalla bemoaned the government departments for working very slowly, adding that they needed to be pushed to precipitate the process.

While responding to the complaints of Senator Danish Kumar that the government is ignoring the development in Balochistan under CPEC, Asad Umer, the Minister for Planning, Development and Special Initiatives, said that the first phase of the CPEC consisted of two-third projects that were related to power.

He further said that rapid development is undergoing in Balochistan, especially in Gwader. These included desalination plants, technical training institutes, Eastbay Expressway and others.

Putting aside the projects under CPEC, a special historical package of Rs560 billion had also been announced for the development of the least-developed southern Balochistan districts under which IT parks, industrial zones, power plants, dams, and road projects would be developed, he said.

On the other hand, Senator Danish Kumar rejects the high claims of the government and said the ground realities were that development activities were not happening in the area. He lamented that the residents of Gwadar were not even enjoying basic facilities including water and electricity.

Responding to this, Asad Umar has asked the committee to organize a visit to the southern Balochistan area to see for themselves the progress on the projects.

Meanwhile, Senator Tahir Bizenjo while giving his remarks said that the government should not invest heavily in other projects like the airport. Rather, the investment should be imbued into the drinking water projects on priority.

Asad Umar said the construction of the Karachi-Chaman N-25 road project had already been approved. The Khuzdar-Kuchlak section of the N-25 would be funded through PSDP, while the remaining portion would be constructed through Built Operate Transfer (BOT) basis.

He further said the government was fully interested to complete all the projects under the BOT basis on priority and the tariff for road taxes would be determined by the government, not by the private sector.

While discussing the under-consideration projects of $28.4 billion, Senator Shafiq Tareen said the coal resources of Balochistan should be utilized for power plants, to which the SAPM on CPEC affairs replied that coal from Balochistan is rich in Sulphur therefore it is not feasible for power generation.