The Palestinian state would be a ‘terrible mistake’: Israeli PM 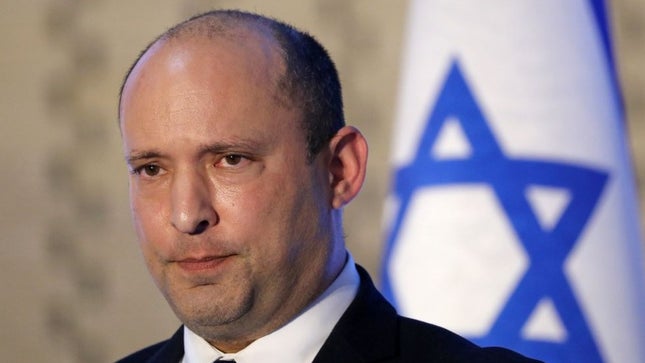 On Tuesday, Naftali Bennett, the sitting Prime Minter of Israel giving an interview to Israel’s Kan public broadcaster said that the establishment of Palestinian statehood would be a “terrible mistake.”

During the interview, Bennett said that we don’t support any concept of a separate homeland for the Palestinians because it’s not possible.

“I oppose a Palestinian state — I think it would be a terrible mistake,” he said. “I won’t do that.”

The Israeli premier also retreated that we see no such large political movement in the near future that could challenge our authority. He further warned Hamas and said if Hamas or any other resistance group dared to capture the West Bank, the consequences would be far-reaching for the Palestinians.

Palestinians are struggling to establish an independent state on the West Bank and the Gaza Strip within the 1967 boundaries, with East al-Quds as its capital. But they are facing a serious blow from the Israeli aggression.

The last round of Israeli-Palestinian talks collapsed in 2014. The most important point in those negotiations was Israel’s continued settlement construction activities in the occupied lands.

However, in his interview, Bennett said that there is no need to meet with Palestinian President Mahmoud Abbas. He mentioned Abbas’ pursuit of war crimes charges against Israel at the International Criminal Court (ICC) and payment of monthly stipends to Palestinian prisoners.

“I don’t see any logic in meeting someone who is suing IDF soldiers at The Hague and accusing them of war crimes, and at the same time paying salaries” to Palestinian prisoners, Bennett said.

Meanwhile, Bennett stressed that he agreed with the approach of the Israeli minister of military affairs Benny Gantz in maintaining ties with Palestinian officials.

Earlier, Gantz met with Abbas in the West Bank city of Ramallah on August 29. It was the top-level meeting between Abbas and an Israeli minister to be made public since Israel’s new coalition was formed in June.