No increase in salaries of lawmakers: Federal cabinet 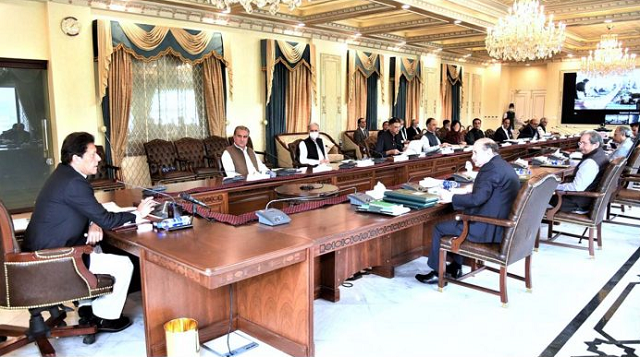 ISLAMABAD: On Tuesday, Prime Minister Imran Khan called on the federal cabinet to talk over a 14-point agenda most importantly about the rise of salaries of lawmakers, Daily Times reported.

After the meeting, the federal cabinet has decided not to increase the salaries of the lawmakers keeping in view the austerity drive launched by Imran Khan.

While talking with the media, Fawad Chaudhry, the Federal Minister for Information and Broadcasting, said that the decision has been taken following the austerity measures, the utmost principle of the PTI government.

Earlier, the Ministry of Parliamentary Affairs had passed on the matter concerning the salary raise of lawmakers to the federal cabinet. But the federal cabinet not only rejected the suggestion but also decided to end extra duty on heavy commercial vehicles for vendors.

The Ministry of Interior presented a summary regarding the appointments of members in the National Database and Registration Authority (NADRA), whereas, the draft law of Quaid-e-Azam Foundation Act 2021 was also included in the agenda, sources told Daily Times.